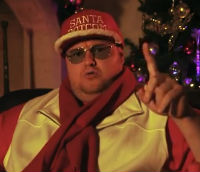 When Xbox and Playstation players wanted to test their Christmas gifts a few hours ago, they were welcomed by an unpleasant surprise.

Lizard Squad, who repeatedly DDoSed the PlayStation Network and Xbox Live’s servers in recent months, were back with a Christmas gift nobody asked for. Another DDoS attack resulting in yet more downtime.

One of the affected players was Kim Dotcom, who’s an avid Xbox player himself. But instead of cursing Lizard Squad to high heaven he decided to make them an offer.

Although the general belief may be that it’s best not to negotiate with “terrorists,” Dotcom decided to give it a try.

“Hi @LizardMafia, I want to play #Destiny on XBOX Live. I’ll give your entire crew Mega lifetime premium vouchers if you let us play. Cool?” he tweeted.

Lizard Squad is apparently easy to please as they were willing to stop the attacks in return for 3,000 free cloud hosting vouchers.

After getting approval from Mega’s management, Dotcom and Lizard Squad eventually came to terms through Twitter’s back-channel. 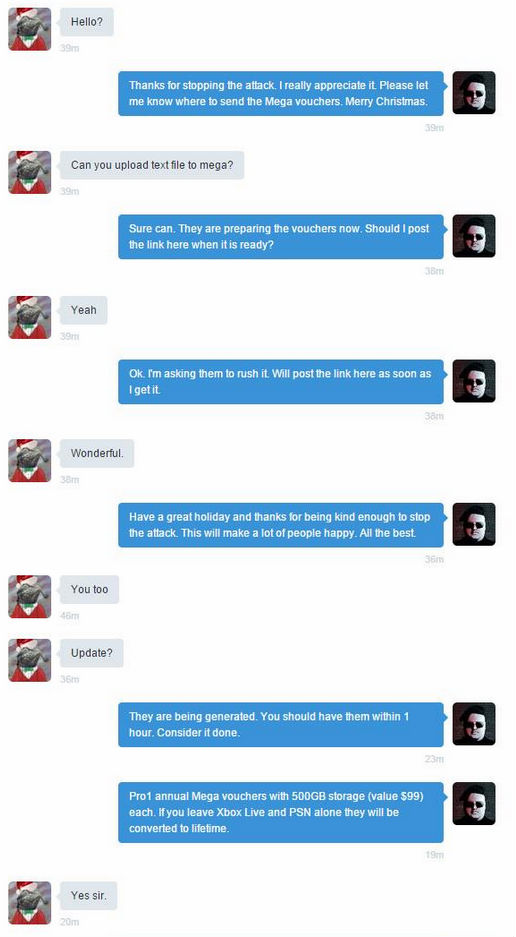 Once the vouchers were in Lizard Squad’s possession, the attacks did indeed slow down and Christmas was saved. While some still experienced some outages due to the earlier attacks, many players were able to join their favorite games again.

“Thanks @KimDotcom for the vouchers–you’re the reason we stopped the attacks. @MegaPrivacy is an awesome service,” Lizard Squad tweeted, confirming the successful intervention.

Dotcom, meanwhile, is happy that he can play Destiny but wishes that his other troubles could be resolved this easily too. Whether the U.S. Department of Justice will accept Mega vouchers is doubtful though.

Of course there’s no guarantee that Lizard Squad will keep their promise during the days to come, but Dotcom said he will render the vouchers useless if attacks resume.