MegaUpload Shut Down by the Feds, Founder Arrested

Just a few weeks ago, MegaUpload founder Kim Dotcom told TorrentFreak that his Mega ventures have nothing to worry about, as they operate within the rules of the law.

“Mega has nothing to fear. Our business is legitimate and protected by the DMCA and similar laws around the world. We work with the best lawyers and play by the rules.

“We take our legal obligations seriously. Mega’s war chest is full and we have strong supporters backing us,” Dotcom said.

But behind the scenes powerful forces were at work, plotting the forceful demise of MegaUpload, one of the world’s biggest websites.

An indictment unsealed today by the Department of Justice claims that MegaUpload has caused the entertainment industries more than $500 million in lost revenue and generated $175 million “in criminal proceeds.”

Two corporations – Megaupload Limited and Vestor Limited – were indicted by a grand jury in the Eastern District of Virginia on January 5th, 2012, and charged with “engaging in a racketeering conspiracy, conspiring to commit copyright infringement, conspiring to commit money laundering and two substantive counts of criminal copyright infringement.”

Today, the authorities executed in excess of 20 search warrants in the United States and eight other countries.

Data centers in the Netherlands, Canada and Washington housing MegaUpload’s equipment were raided. In an apparent reference to the latter location, a source has just informed TorrentFreak that the FBI are currently detaining everyone at the ISP Cogent Communications’ headquarters in Washington DC, in connection with a Mega-related search warrant.

In addition to MegaUpload founder Kim Dotcom who was arrested today in New Zealand, another six alleged members of the Mega “conspiracy” were charged in the indictment:

Dotcom, Batato, Ortmann and van der Kolk were arrested today in Auckland, New Zealand, by authorities there. Bencko, Echternach and Nomm are still at large.

The authorities seized approximately $50 million in assets, which appears to include Kim Dotcom’s treasured collection of several dozen cars, as detailed below. 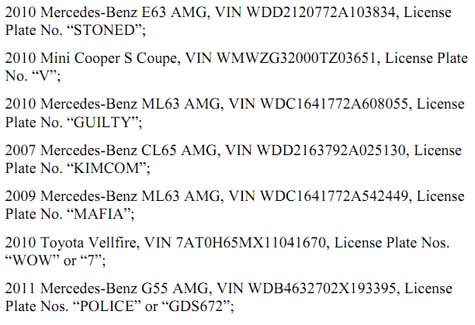 The legal action against Mega will set a precedent for similar cloud-hosting services. The MegaUpload site itself had no search function to discover content directly, but according to the indictment this was done to “conceal the scope of its infringement.” Would the same be true for services such as Dropbox? 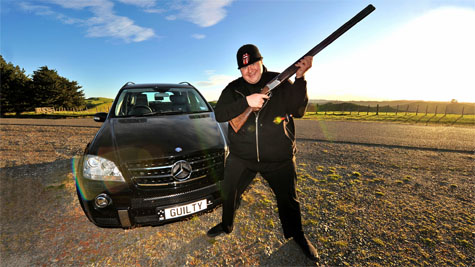