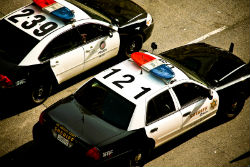 Earlier this month we reported how media conglomerate ABS-CBN is going after several website owners who link to pirated streams of its programming.

The Philippines-based company filed a lawsuit at a federal court in Oregon looking for millions of dollars in damages from two local residents. The court case has barely started but that didn’t prevent ABS-CBN from using its journalistic outlet to taint public opinion.

In a news report released by its American branch, the company slams the defendants who they align with hardcore criminals.

The coverage is presented as news but offers no balance. Instead it frames online piracy as a threat to everyone, with billions of dollars in losses that negatively impact America’s education and health care budgets.

But it gets even worse. It’s not just public services that are threatened by online piracy according to the news outlet, national security is at stake as well.

“Piracy actually aids and abets organized crime. Gangs and even terrorist groups have reportedly entered the piracy market because the penalties are much lighter than traditional crimes such as drug dealing – and the profit could be much higher,” ABS-CBN’s senior reporter Henni Espinosa notes.

It’s not the first time that we have heard these far-fetched allegations. However, for a news organization to present them without context to further its own cause is a line that not even the MPAA and RIAA would dare to cross today.

The Los Angeles County Sheriff’s Department, on the other hand, has also noticed the link with organized crime and terrorism.

“[Piracy is] supporting their ability to buy drugs and guns and engage in violence. And then, the support of global terrorism, which is a threat to everybody,” LA County Assistant Sheriff Todd Rogers tells the new outlet.

Los Angeles County police say that piracy is one of their top priorities. They hope to make the local neighborhoods a little safer by tracking down these pirates and potential terrorists.

“To identify bad guys that we need to take out of the community so the rest of the folks can enjoy their neighborhood and their families,” Rogers concludes.

Since the above might have to sink in for a moment, we turn to the two Oregon citizens who ABS-CBN based the report on. Are Jeff Ashby and his Filipina wife Lenie Ashby really hardcore criminals?

Based on public statistics the five sites they operated barely had any visitors. According to Jeff he created them for his wife so she could enjoy entertainment from her home country. He actually didn’t make any copies of the media but merely provided links to other websites.

“Since these materials were already on the web, we did not think there would-be a problem to simply link to them. No content was ever hosted on our server,” he adds.

The websites were all closed as soon as the Oregon couple were informed about the lawsuit. They regret their mistake and say they didn’t know that it could get them into trouble, certainly not $10 million worth of it.

So are these really the evil drug lords or terrorists the Los Angeles County Sheriff’s Department and ABS-CBN are referring to?