Earlier this year Paramount Pictures and CBS Studios filed a lawsuit against the makers of a Star Trek inspired fan film, accusing them of copyright infringement.

The dispute centers around the well-received short film Star Trek: Prelude to Axanar and the planned follow-up feature film Anaxar.

The makers of the fan-spinoff responded to several of the allegations last month. Among other things, they argued that the Klingon language is not copyrightable because it’s not more than an idea or a system. They therefore asked the court to dismiss or strike the copyright claims in question.

Paramount and CBS disagreed. In their reply the rightsholders called the argument absurd and among other things, they pointed out that the language system is not very useful if there are no real Klingons to communicate with.

Considering the stakes, the lawsuit has drawn the attention of the Language Creation Society (LCS), a non-profit that aims to promote the art and craft of language creation. The group submitted their opinion to the court yesterday, siding with the makers of the fan-film.

In their amicus brief, which actually uses Klingon language, the LCS points out that it’s understandable that Paramount Pictures feels that they own the language. After all, they commissioned Linguistics professor Marc Okrand to create some of the language thirty years ago.

However, this doesn’t mean that the copyright claims hold ground.

“Feeling ownership and having ownership are not the same thing. The language has taken on a life of its own. Thousands of people began studying it, building upon it, and using it to communicate among themselves,” the LCS notes.

“As the Klingon proverb says, we succeed together in a greater whole,” the brief adds, with pro-bono attorney Marc Randazza writing in Klingon.

The brief, partially in Klingon

The Language Creation Society lists many examples of how Klingon has evolved, and it specifically disputes Paramount’s earlier claims that there are no human beings who communicate using the Klingon language.

“In fact, there are groups of people for whom Klingon is their only common language. There are friends who only speak Klingon to each other. In fact, at least one child was initially raised as a native speaker of Klingon,” LCS writes.

“Now that Klingon has become an actual living language, Paramount seeks to reach out and stake its ownership by using copyright law. But, as ‘Klingons do not surrender’, neither do those who speak Klingon,” they add.

As such, Paramount should not be allowed to claim copyright over the entire Klingon language, both in written and spoken form. The language is a tool for people to communicate and express ideas, something people should be allowed to do freely under U.S. law, LCS argues. 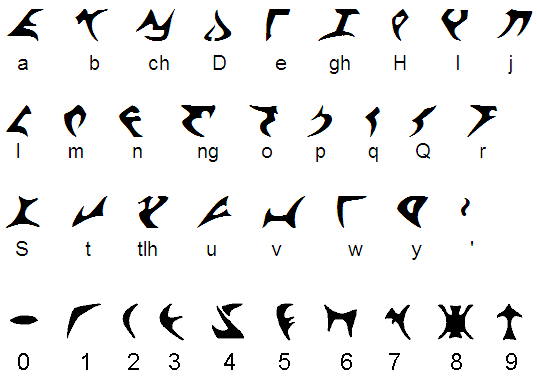 If Paramount is allowed to claim copyright over the language, they would be able to silence the free expression of thousands of people, many of which helped it to evolve in recent years.

“Klingon gave Star Trek characters convincing dialogue. But, it broke its chains and took on a life of its own – a life that the Copyright Act has no power to control. Klingon, like any other spoken language, provides tools and a system for expressing ideas,” LCS writes.

“No one has a monopoly over these things, effectively prohibiting anyone from communicating in a language without the creator’s permission. This is not permitted by the law, and it is not why the Constitution allows Congress to provide copyright protection,” they add.

Summing up, the Language Creation Society sides with the makers of the Star Trek spin-off, asking the court to dismiss the copyright claims over the Klingon language, so it can be used freely and continue to evolve.

It is not up to the California federal court to decide whether the ‘Klingons’ can prevail or not.