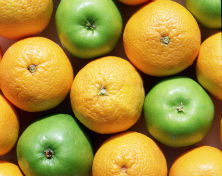 LimeWire lost its case with the RIAA earlier this week, with the New York District Court demanding that LimeWire shut down its entire operation.

As a result of this verdict, millions of LimeWire users had to find an alternative download client, resulting in a healthy boost in downloads for a variety of P2P applications.

Over the past days TorrentFreak has spoken with the developers of various P2P applications that are considered to be alternatives to LimeWire, and without exception they all report a huge boost in download numbers following Tuesday’s verdict.

Aside from the obvious conclusion, it is remarkable that almost none of the people we spoke with wanted to go on the record and provide any statistics on the skyrocketing downloads. From what we can tell the LimeWire verdict has quite a few people worried, and none of the P2P-developers want to draw attention from the RIAA at this point.

MP3Rocket did tell TorrentFreak that they saw a “nice increase in downloads” following LimeWire’s shutdown, but at the same time they say their client will leave the Gnutella network before the end of the year. Worried about the effects of upcoming legislation and the LimeWire verdict, MP3Rocket will re-brand itself as a YouTube video to MP3 downloading client in the coming weeks.

The only P2P application that did come out with detailed figures is ironically the RIAA-backed BearShare client. Before turning ‘legal’, BearShare was a Gnutella-based application like LimeWire, but it was taken over after the developers lost their case against the RIAA and were ordered to pay the music labels $30 million.

Wednesday, the day after the LimeWire verdict was handed down, BearShare saw a 780% increase in US downloads, up from 8000 to 62,400 a day. The company did not mention whether the number of paid downloads had also increased, which is of course the big question for the RIAA.

The effects of the LimeWire verdict can already be felt by P2P developers in more ways than one. Although most don’t mind the bump in downloads, there seems to be a lot of uncertainty about the future and who the music industry will pick as their next target. Only time will tell. 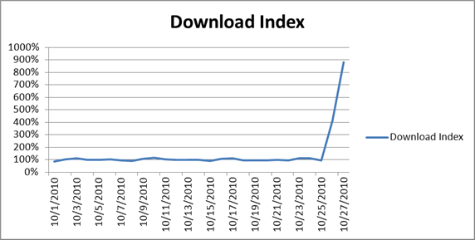