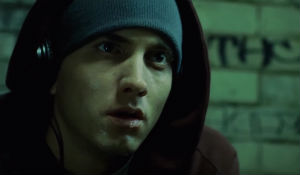 In recent years, New Zealand has been the center stage of the largest copyright battle in Internet history; the criminal prosecution of Megaupload and several of its former employees.

In 2012, the country’s law enforcement officials helped to bring down the file-sharing site, including a military-style raid on its founder, Kim Dotcom.

While the Megaupload case is still ongoing, a separate copyright battle in New Zealand came to a conclusion this week. In this case, the country’s leading National Party was the accused.

This week the High Court agreed with the publisher ruling that the ad indeed infringed on their copyright. The National Party must now pay a total of $600,000 (415,000 USD) including damages and interest, NZ Herald reports.

Recognizing the irony, Kim Dotcom swiftly took the matter to Twitter. He launched a poll asking who’s guilty of copyright infringement, him or the National Party? The results are, as expected, in his favor.

Dotcom sees the matter as something the old government is responsible for and he has more faith in the current leadership.

“All I can say is that the irony of this is hilarious and that Karma has finally caught up with the corrupt !former! National government. Honest people are now running New Zealand and the courts will be busy dealing with the crimes committed by the last government,” Dotcom informs us.

The National Party didn’t simply use the song without paying for it. They actually sought professional advice before starting the campaign and licensed a track called Eminem Esque, which is the one they used in the ad.

While the party hoped to avoid more expensive licensing fees by using the knock-off song, the High Court ruled that the similarities between Lose Yourself and Eminem Esque are so significant that it breached copyright.

And indeed, the music used in the ad campaign below is quite similar to the original Eminem track.

National Party president Peter Goodfellow is disappointed with the outcome and stresses that the party did not act flagrantly and properly licensed the song that was used.

“The music was licensed with one of New Zealand’s main industry copyright bodies, the Australasian Mechanical Copyright Owners Society. Being licensed and available for purchase, and having taken advice from our suppliers, the party believed the purchase was legal.”

The fact that the Party sought advice and licensed the knock-off track was taken into account. The High Court didn’t award any additional damages, but nonetheless, the copyright infringement claims stuck.

The other camp was more positive about the outcome. Adam Simpson, who represented Eminem’s publisher, described the ruling as a win for musicians and a warning to those who infringe on their rights.

“The ruling clarifies and confirms the rights of artists and songwriters. It sets a major precedent in New Zealand and will be influential in Australia, the UK and elsewhere,” Simpson said.