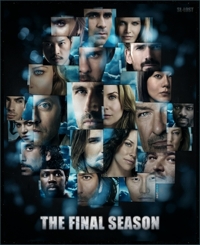 Last year, Lost achieved the questionable honor of being the second most pirated TV-show on BitTorrent. With more than 6 million downloads per episode, Lost was only trailing Heroes by a few thousand downloads.

There is no doubt that the final season of the show will again be a strong contender in 2010’s list. However, it already has the honor of becoming the first TV-show to leak online after being recorded using a webcam on a tropical beach.

The copy of the first episode that appeared online two days ago was recorded during a live screening hosted by ABC at an Oahu beach. Well over 10,000 fans of the show attended the screening and at least one of them decided to record it via their laptop webcam.

The recording was posted online a few hours later and is now available on virtually all BitTorrent sites. The video quality is ‘reasonable’ according to initial reports from people who downloaded the file. The sound quality on the other hand is not that good, which is not really a surprise considering that thousands of people were present.

The cammed version of the episode has been downloaded a little over 25,000 times on BitTorrent thus far, which is really low and unlikely to cause ABC to lose any viewers tonight. If anything, it might serve as free publicity reminding people that the new season is starting soon.

From the torrent site comments we indeed learn that the majority of fans say they would prefer to see the episode in full quality on TV, or download a copy on BitTorrent a few hours later. In this case, most people seem to prefer quality over early access, which must be a comfort to the makers of the show.

The Significance of the Huge European Warez Scene Raids