Online he was known as “Stainless” and according to the MPA-affiliated anti-piracy group chasing him down, he was 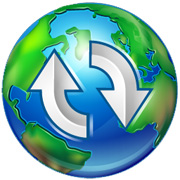 the will become the most prolific movie and TV show Internet pirate ever to face trial in the Czech Republic.

Later this month the now 29-year-old will go to court to face charges of copyright infringement on Hollywood blockbusters such as Transformers: Revenge of the Fallen.

According to the Anti-Piracy Union, the piracy activities of Stainless date back to 2006 and are on an unprecedented scale. He allegedly uploaded thousands of movies and TV shows to cyberlocker file-hosting sites before publishing their links online in order to facilitate downloads.

Initially Stainless is reported to have used RapidShare and Hotfile, but later used a web service called Multiload to upload to several sites at once. One of the main sites listed by Multiload is Hellshare and Stainless reportedly had around 11,500 files stored there. Exactly how many of those were infringing is unclear.

Nevertheless, Stainless still stands accused of significant infringement. He is alleged to be responsible for the piracy of more than 2000 movie and TV shows including Transformers: Revenge of the Fallen and a selection of local movies. Not helping Stainless’ case is the fact he was the moderator of so-called ‘warez’ forum.

As is increasingly common in these cases, the damages claim made by the studios is significant. They claim that Stainless cost them more than $4 million and as a result when he goes on trial later this month he will face between six months and five years in prison, plus a fine.

“The way they estimated the damages is simply ridiculous,” Mikulas Ferjencik, vice-president of the Czech Pirate Party told TorrentFreak.

The Czech Pirate Party, know for their provocative actions including setting up their own file-sharing sites, have courted controversy again recently.

In setting up their new web portal located at Pirat.cz, they blatantly copied the design of the Czech Republic’s biggest search engine, Seznam.cz, fueling a considerable online debate and an interesting outcome.

“Seznam.cz admitted that what we did is actually fully legal and they even drew another version of the Piráti.cz logo for us using their font – the one we originally used was just an imitation,” Ferjencik concludes.