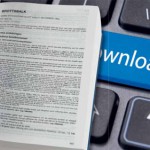 Just a few days ago news broke that police in Germany had carried out raids in several areas of the country.

They were looking for four suspects believed to be the key individuals behind a range of sites including Kino.to replacement Kinox.to, a pair of file-hosting sites, plus two linking forums. Even streaming giant Movie4K was thrown into the mix.

While two people were arrested in Neuss and Dusseldorf, two brothers from a village near to the northern city of Lübeck evaded police and are said to be on the run. It is those two men who are now grabbing the headlines.

Police have just taken the somewhat unusual step of announcing a public manhunt for the brothers, publishing mugshots and their full names alongside details of their alleged crimes. This is something only usually carried out in exceptional and serious cases.

Pictured right is Kastriot Selimi. Born in 1989, the 25-year-old was born in Kosovo and later became a German citizen.

According to police he is one of the founders of the “criminal organization” behind Kinox, FreakShare and BitShare (In respect of BitShare, please see update at bottom of article).

Kastriot Selimi’s alleged crimes include predatory blackmail, armed robbery, extortion, arson, copyright infringement and tax evasion. Police warn that he should be considered violent and could be armed.

Pictured right is Kreshnik Selimi. Born in 1992, the 21-year-old was born in Sweden and later became a German citizen. He is the younger brother of Kastriot.

Kreshnik is accused of founding and operating the same sites as his sibling and is covered by the same international arrest warrant. He is being classified as violent and police are warning the public that he too could be armed.

According to information received by German publication Spiegel, the arson and extortion charges relate to alleged crimes carried out by the brothers against one of their former or even current business partners.

A spokesperson for the prosecutor’s office earlier revealed that the brothers had “made great efforts” to get rid of their competitors in the piracy market. “Sometimes even a car burst into flames,” he said.

According to the Attorney General’s office the brothers have evaded 1.3 million euros in taxes, which suggests that overall revenues were in excess of 6.5 million euros. Even if that amount is overblown, it seems likely that the pair have considerable resources at their disposal.

The brothers’ whereabouts aside, the big mystery is why the sites named above are still in operation. All remain online, despite their alleged operators being subjected to an international manhunt.

Update: The CEO of BitShare has contacted TorrentFreak stating that his site is being wrongly linked to this investigation and its reputation damaged with zero evidence being produced against it.

“Our company has not even been contacted by ANYONE and still they are accusing us of being connected to these two guys or other websites,” he explained.

TF has asked the BitShare CEO for a full statement which we will publish in due course.