Earlier this week attention turned to New Zealand’s Supreme Court as a panel of judges prepared to publish their decision in the extradition case of Kim Dotcom and several of his former Megaupload colleagues.

In their ruling, a panel of judges at the Supreme Court confirmed that Dotcom and former Megaupload colleagues Mathias Ortmann, Bram van der Kolk, and Finn Batato, can technically be extradited to the United States to face charges of criminal copyright infringement.

However, the Court also granted the men permission to challenge the decision via a judicial review.

Mathias Ortmann Now Under the Spotlight

Just days after Dotcom’s legal team welcomed the chance to have their say on the alleged deficiencies in the case thus far, all eyes are now turning to Mathias Ortmann.

While all of the defendants are facing extradition and serious criminal charges in the United States, as Megaupload co-founder and Dotcom’s former right-hand man, Ortmann is one of the more important pieces in this constantly shifting puzzle.

Like Dotcom, Ortmann helped generate significant sums of money for Megaupload and indeed himself, something that didn’t go unnoticed by authorities in the United States who are now trying to get their hands on his assets overseas.

Police Are Preparing to Seize Assets in Australia

According to a report in The Australian (paywall), the Australian Federal Police (AFP) are preparing to seize assets in the country attributable to Ortmann.

The precise nature of those assets is unclear but back in 2015, an asset forfeiture complaint (pdf) filed by the US Government as part of the action against the ‘Mega Conspiracy’ listed Ortmann as the account holder for several Megaupload-related bank accounts in Australia. 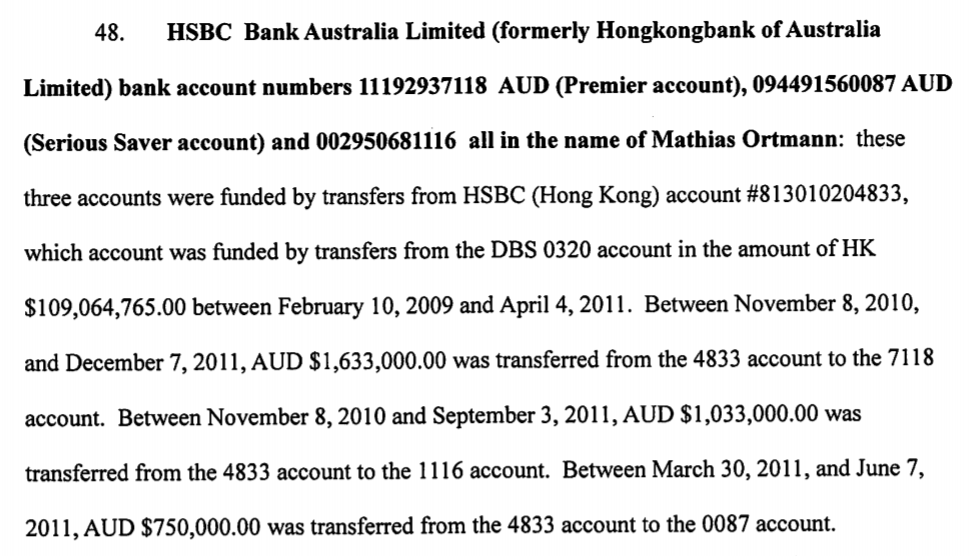 Huge volumes of cash, vehicles and other assets were originally seized by the authorities following the 2012 raid on Megaupload. Dotcom was subsequently able to claw back some of these after legal processes in New Zealand and Hong Kong.

However, after being branded as fugitives by the US Government, Dotcom and his co-defendants were still denied access to millions of dollars. An appeal failed, as did further action at the Court of Appeals for the Fourth Circuit.

In 2017, the US Supreme Court refused to hear a further appeal by the defendants. As a result, the authorities obtained an order from a court in Virginia to use the Australian Federal Police to seize Ortmann’s Australian assets.

On the back of the US foreign forfeiture order, the AFP is now pursuing Ortmann through the Supreme Court of New South Wales. According to The Australian, Ortmann – who together with co-defendant Finn Batato still works at Megaupload successor Mega in New Zealand – is yet to respond to the forfeiture attempt.