Mininova is by far the most visited BitTorrent site at the moment, and they are still growing. The site currently has over 3 million visitors per day which places them in the list of 100 most visited websites on the Internet.

Erik from Mininova told TorrentFreak that he expected to reach the 3 million downloads faster than this, but he’s not complaining since the current traffic numbers keep the servers busy enough. “We hope to reach the 4 billion mark in 4 or 5 months from now” he added.

Mininova continues to optimize their site and server park in order to cope with the increasing traffic. As can be seen from the graph, the 3 billion download mark was reached by the end of October, and there is no sign that the growth is slowing down any time soon. I wonder if it will ever stop. 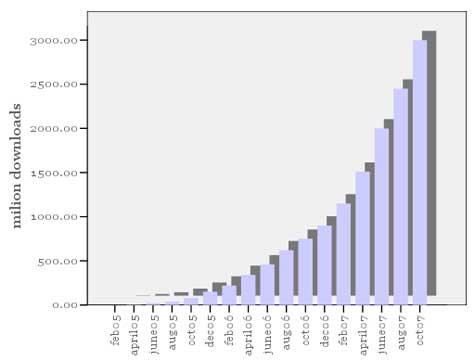