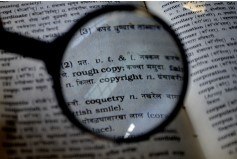 A group of movie companies, operating under the parent company Millennium Funding, is pursuing legal action against key piracy players.

Through various copyright infringement lawsuits and DMCA subpoenas they have gone after targets ranging from Popcorn Time through YTS, to Showbox and MKVCage.

The case against MKVCage, filed last summer, had an immediate effect. Not long after the complaint was submitted to a Hawaii District Court, MKVCage became unreachable. At the same time, the uploader stopped pushing torrents to other sites as well.

Aside from a brief comeback, the site remains missing in action today. However, that doesn’t mean that the lawsuit is over too. A few days ago, the makers of the film Hellboy submitted an amended complaint against the alleged operator, a Pakistani man named Muhammad Faizan.

While many of these allegations were already present in the original complaint, the new version does introduce a new name into the mix. According to Hellboy Productions, MKVCage is linked to a ‘notorious copyright thief.’

The movie company writes that Faizan began “operating the website mkvcage.nl” together with 1337 Services LLC, which is associated with Pirate Bay co-founder Peter Sunde.

This sounds rather ominous. However, the complaint fails to mention that 1337 Services LLC is the company behind Njalla, which is a service that allows people to privately register domain names. And indeed, a Whois lookup for MKVCage.nl shows 1337 Services as the registrant.

This pushes the joint operation claim into an entirely different light. Njalla has many customers, including the Catalonian government, but it doesn’t operate the sites which are tied to these domains.

Peter Sunde informs TorrentFreak that he’d never heard of MKVcage until now. He is also not aware of any abuse emails regarding the domain name.

“As far as I know we haven’t even received an abuse e-mail regarding MKVcage, but I guess that’s their strategy. If they send abuse e-mails they might get services suspended and thus not being able to sue people,” Sunde says.

The Pirate Bay co-founder stresses that 1337 Services LLC is owned by a foundation, which is information they would have gladly shared if asked. The company is operated by many people who may feel left out now, as they may also want to be labeled as copyright thieves.

“My co-workers may be upset that they don’t get any credit for 1337’s work now, so I’m so sorry. They also want to be notorious copyright thieves,” Sunde notes.

Hellboy Productions attorney Kerry Culpepper informs TorrentFreak that he did send a letter (pdf) to 1337 Services’ registered address, a PO Box in Nevis. As the letter suggests, they would have preferred to resolve this matter directly with Njalla.

That said, the letter would probably not have sorted any effect as Njalla doesn’t generally suspend domain names following requests from copyright holders.

Culpepper preferred not to comment on the allegation that 1337 Services is operating MKVcage together with Faizan.

Neither Sunde nor 1337 Services are defendants in the case. They are little more than a passing mention, perhaps to make it appear as if there’s something more going on than there is.

In earlier court filings the movie company actually referred to 1337 Services as a privacy service, which wasn’t clarified in the most recent filing.

Finally, Sunde points out that he’s not really a copyright thief. While he may have duplicated a file or two, he never ‘stole’ anyone’s copyright, which is simply impossible. This is something the US Copyright Office can confirm.

While Sunde is not in any trouble, in this case, Faizan is. Hellboy Productions accuses him of direct and contributory copyright infringement. The movie company claims to have suffered $270,902.58 in damages and would like to have that compensated.

Update: The article was updated to add the comments of Hellboy’s attorney.

A copy of the amended complaint Hellboy Productions filed against Muhammad Faizan is available here (pdf).