In recent years the UK has become the easiest country in the world in which to have a website censored on copyright grounds.

With several successful court orders in hand it is now a mere formality to have a torrent site or streaming portal blocked under Section 97A of the Copyright, Designs and Patents Act.

Today another round of blocks was announced in a case initiated by the Motion Picture Association (MPA). The High Court ruled in favor of the major movie studios who had filed demands for six major Internet providers to block subscriber access to the streaming sites TubePlus and SolarMovie.

As in previous cases the ISPs did not contest the case in court, while the sites in question were not given express opportunity to defend themselves. This means that both sites will be blocked by BT, Sky, Virgin Media, O2, EE and TalkTalk in the near future.

TubePlus and SolarMovie are two of the most popular streaming sites and are ranked as the 558th and 346th most-visited websites in the UK respectively. Worldwide the streaming portals are estimated to have dozens of millions of visitors every month.

UK movie industry anti-piracy group FACT is happy with the ruling, which they say will help to protect the work of rightsholders. According to FACT both TubePlus and SolarMovie were contacted, but the sites repeatedly ignored takedown requests from copyright holders.

“FACT’s members create exciting entertainment for audiences of all ages and we work to protect the jobs of tens of thousands of people in the UK and the investments made in new content,” a FACT spokesman told TorrentFreak.

“All of the sites in recent actions have been asked to comply with UK and international law and have refused to do so.” 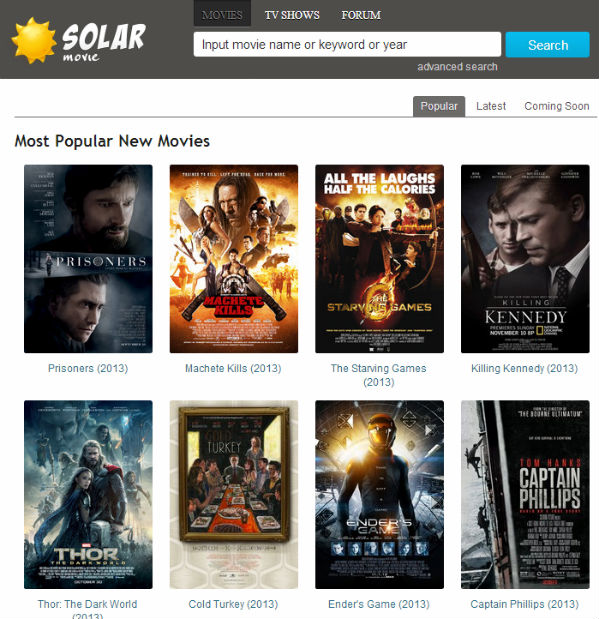 The movie studios are not the only ones cheering on the new verdict. Christine Payne of the UK actor’s union Equity described the ruling as “a great step forward in the fight to ensure creators’ rights are respected online.”

“These websites steal creative works for their own, untaxed, profit whilst paying nothing back to creators themselves. It is right and proper that legal, proportionate action be taken to tackle these sites to help turn the tide of widespread online copyright infringement,” Payne added.

The UK Pirate Party and several civil rights groups have been more critical of the ever-growing list of banned sites. In particular, they are worried about the lack of transparency as most court orders are not made public.

“In the Pirate Party we have always maintained that website blocking is dangerous. Where does this end?” UK Pirate Party leader Loz Kaye previously told TorrentFreak.

FACT told us that an end to site blocking requests is not in sight, on the contrary in fact. Alongside other entertainment industry groups they will continue to file new cases against “pirate” sites.

“Sites that continually allow infringing material to be hosted, linked or streamed can be in no doubt that sanctions will be taken against them,” FACT explained.

And so the game of Whack-A-Mole will continue, and undoubtedly more websites will be added to the country’s unofficial ban list in the months to come.