Over the past few years we’ve witnessed quite a few instances of sites disappearing under pressure only to reappear on a new domain with fresh management. These reincarnations are understandably viewed with an element of suspicion.

Is the replacement site the real deal? Is it endorsed by the original site’s former owners? Maybe the former owners are still behind the wheel? Or is the new site suddenly going to start serving up malware? The answers to these questions are always hard to come by for good reason, and the current Movie2K case is no different.

As previously reported, last week the site inexplicably disappeared leaving millions of former users without a home. One of the main theories is that some kind of legal pressure – or the threat of it – caused the site’s operators to jump ship.

However, very quickly a new site appeared – Movie4K.to – looking very much like the now-defunct Movie2K.to and accompanied by all the usual questions. Is it the real deal? Is it sanctioned by the former operators of Movie2K? Is it a trap?

We tried to unravel the mysteries right at the very start and one of our findings raised a few eyebrows. The old Movie2K domain had begun using the DNS servers of the German Pirate Party. Were the pirates somehow involved? They told TorrentFreak that they were not, but now they appear to be using the site’s demise to spread their political message.

This morning Markus Drenger, a member of the Piratenpartei Deutschland press team, emailed TF to advise us that they are now taking advantage of the Movie2K.to redirect to spread the Pirate message.

“This isn’t our domain, and we don’t know who owns it. However, they apparently redirected it to our servers. We don’t know exactly why, but we assume that the people responsible for it wanted to allow us to inform the visitors about the issues with current copyright law. For this reason, we are now displaying this info page here,” the Party explains.

Already the DNS issues have caused problems, with the police contacting the party and the party’s webhost. However, referencing an earlier raid on their infrastructure, the party says that this time the police didn’t seize their hardware.

The party’s latest position is that if the redirect to their DNS continues then they will possibly put up some Creative Commons movies for former Movie2K users to enjoy. However, while that might prove entertaining for a while, people are obviously looking for more varied content. It seems that Movie4K – whoever they are – intend to fill that gap immediately. 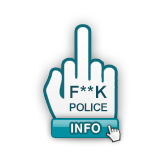 “Nobody should have the power to suppress somebody just because of money! This site is the result of the need of many Human Beings. Everyone wants Movie2k.to/Movie4k.to back,” they state in a broken English announcement.

“We, the Citizens, have to make clear that a ‘copyright infringement’ cannot be compared to a violent crime. How come bootlegger get five years of jail time while child abuser are free on a 22-month probation? That is because money is way more important than an unique human life.”

“You cannot suppress the will of the People!” they continue. “One website goes, the next day five new appear. Did not the time come to overthink your marketing concepts and accept the new media?”

In a parting shot, Movie4K attack the entities they suggest are behind the demise of Movie2K.

As a final note, Movie4K is currently using AS44571 (Akrino Inc). Records show that five out of the last six times that was used it was inhabited by a site called kinox.to, a site that took over from the now-defunct Kino.to, the subject of the biggest ever anti-piracy action in Europe.