Last month, Lookmovie and Cuevana3, two of the largest pirate movie and TV streaming sites, had their domains suspended.

Both sites utilized .io domains under the control of Donuts, a registry that has an agreement with the MPA to suspend piracy-related domains.

Anti-piracy group Alliance for Creativity and Entertainment (ACE), which is staffed in part by MPA anti-piracy investigators, denied it was directly responsible but just three days later, Lookmovie’s Telegram channel was also banned, suggesting that some type of enforcement was indeed taking place.

With millions of regular visitors, the initial impact on the sites would’ve been significant but in response to the suspensions, Lookmovie and Cuevana3 quickly jumped to new domains. It didn’t take long for ACE and the MPA to pick up the slack.

Who is Behind Lookmovie’s New Domain?

After being jettisoned from its clearly-risky .io domain, Lookmovie moved to lookmovie2.to, a domain administered by Tonic Domains Corporation which has been criticized by rightsholders for servicing pirate sites.

Tonic insists that it complies with court orders, including those issued in the United States. That will now be tested again due to ACE/MPA quickly obtaining a DMCA subpoena from a California court to identify the person who registered Lookmovie’s new domain. 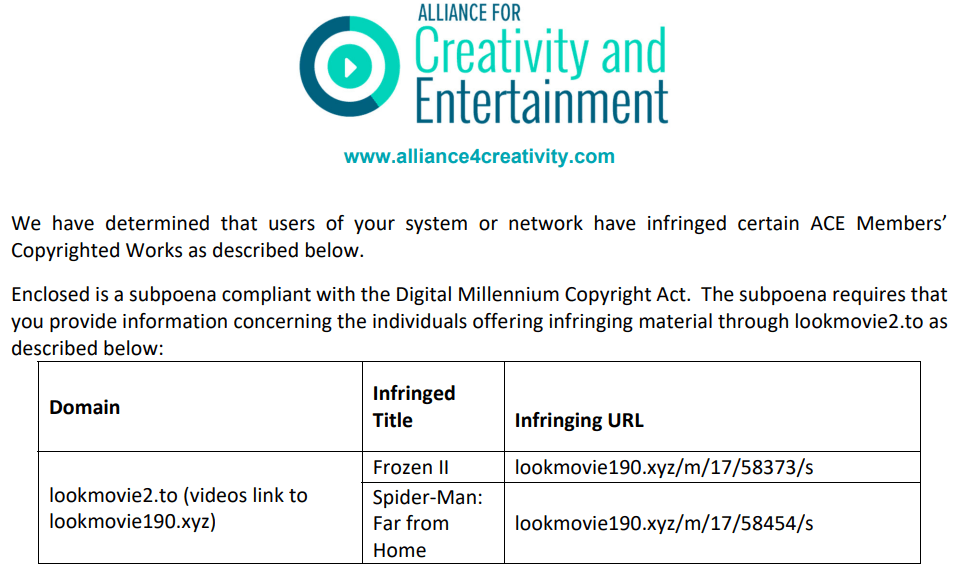 In common with at least hundreds of similar pirate sites, Lookmovie also uses the services of Cloudflare. In April 2021, MPA/ACE obtained a subpoena to identify the operator of Lookmovie’s now-suspended .io domain. One year later, the site’s new .to domain is receiving the same treatment.

After filing an application early April claiming infringement of the movie ‘Spider-Man: Far from Home,’ MPA/ACE obtained a court order requiring Cloudflare to identify the person behind Lookmovie2.to.

Whether that will lead to any useful information is unknown, but the same order also seeks identities related to more than a dozen additional pirate sites. When combined they account for well over 100 million visits per month.

9anime.vc, for example, receives 40.7 million visitors according to SimilarWeb estimates. Tinyzonetv.to accounts for 16.7 million and French-stream.re 12.2 million. The remainder are as follows:

In addition to tackling free streaming sites, ACE and the MPA have a keen interest in subscription-based IPTV providers, sellers, and resellers. Early April, they obtained a DMCA subpoena requiring Cloudflare to identify the person behind a specific account related to A1Streams.com.

The platform appears to act as a sales portal for various providers, including NFPS, TVZon, Crown IPTV, Express IPTV and OK2 IPTV. 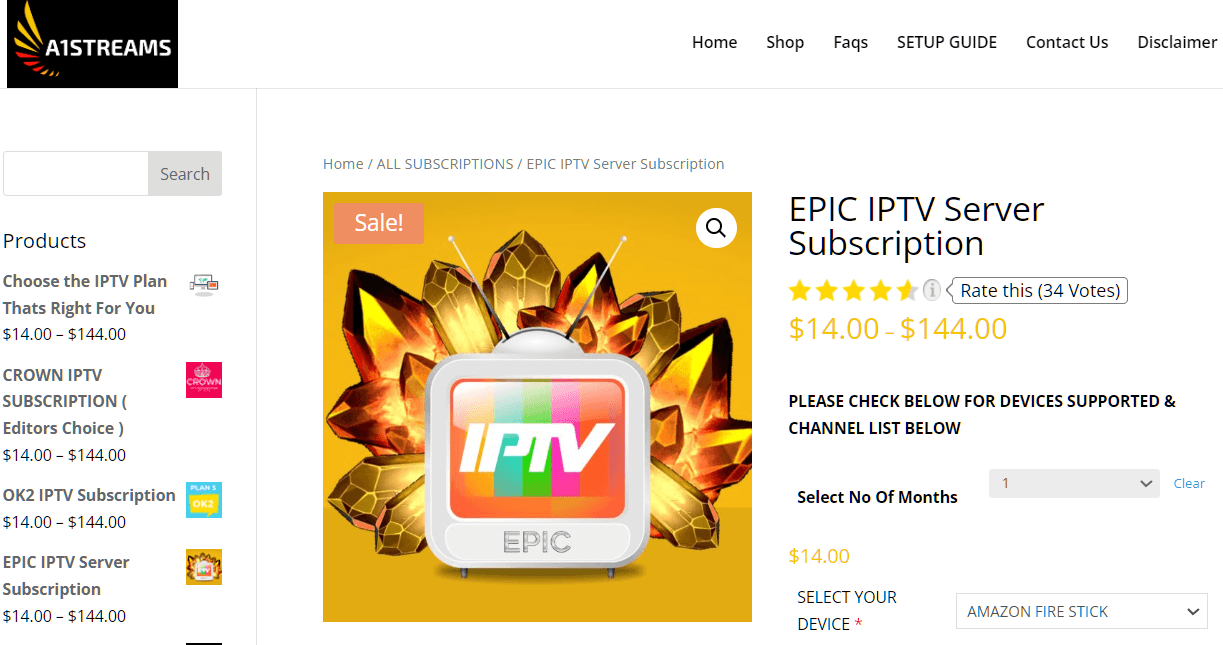 At first blush, it doesn’t appear that A1Streams carries any infringing streams or content and the subpoena obtained by the anti-piracy groups seems to support that. Instead, ACE/MPA cite infringements on the VOD service of Epic IPTV which should raise alarm bells with its operators.

When the MPA files a lawsuit against a pirate IPTV service, in most if not all cases it is the VOD service that forms the basis of the case. 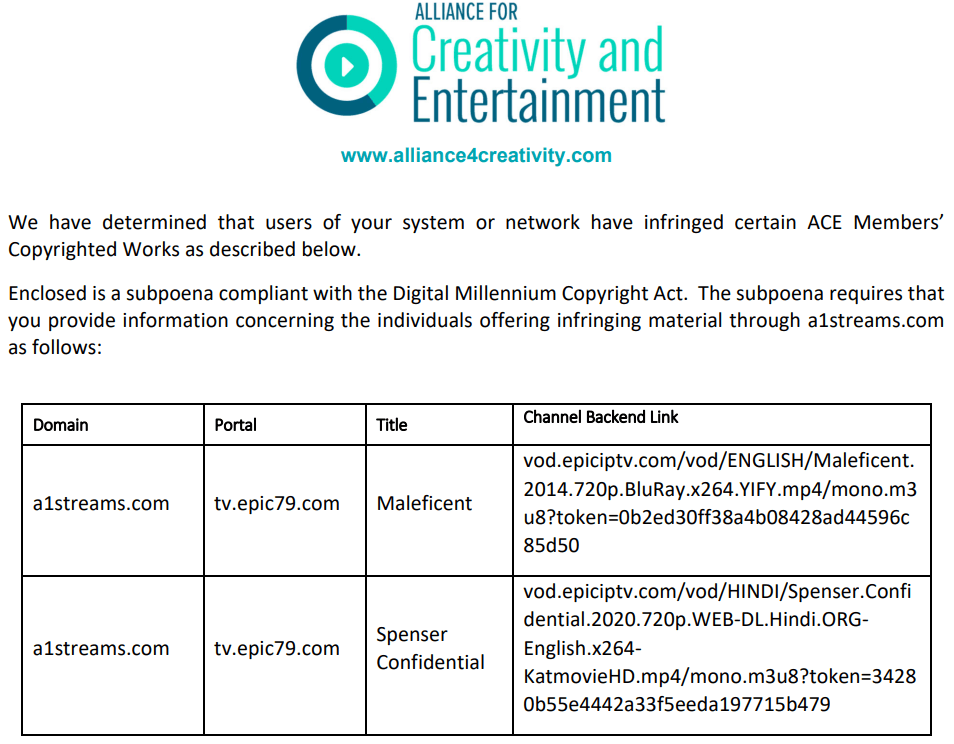 As seen in the image above, ACE lists the Epic Stalker portal located at tv.epic79.com as infringing, along with links and tokens related to movies allegedly stored on Epic’s VOD service.