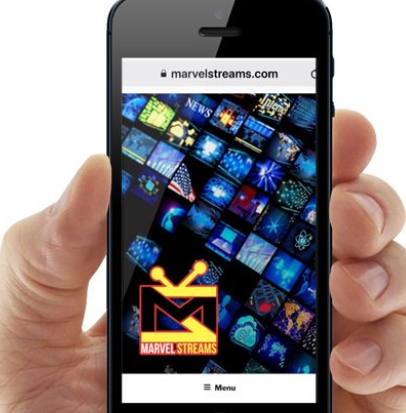 This September, TorrentFreak was provided with information relating to Marvel Streams UK, a pirate IPTV service that suddenly disappeared in March 2022.

Like many similar services, Marvel Streams offered subscription packages that included live TV channels and a movie/TV show VOD service, all for a cheap monthly price.

The service’s operator, Peter Dilworth of Merseyside, was unaware that the Premier League had discovered Sky and BT Sport streams being made available on his service and that anti-piracy group FACT had launched an investigation in January 2021.

Sources with knowledge of the service told TorrentFreak that the case was referred to NWROCU, the North West Regional Organised Crime Unit. This police unit had been involved in similar IPTV cases over the past couple of years and in March 2022, Dilworth was arrested.

Documents shared with TorrentFreak indicated that Dilworth was initially expected to plead not guilty. When he appeared at Liverpool Crown Court this Tuesday, he’d already entered a guilty plea, something looked upon favorably by the courts. We understand that a custodial sentence was expected but in the event, Dilworth received an eight-month sentence, suspended for 18 months.

Given that the Premier League, FACT, BT Sport, Sky, and a police organized crime unit had all been involved at some point, it seems unlikely that a suspended sentence was their ideal outcome. However, in a joint statement issued yesterday, the suspended sentence was welcomed by the police, with Premier League and FACT also expressing satisfaction.

“We would like to thank Merseyside Police for all their work and support on this case. The successful prosecution would not have been possible without them acting on our intelligence and ultimately arresting the operator,” said Kevin Plumb, General Counsel for the Premier League.

FACT Chief Executive Kieron Sharp thanked Merseyside Police for their work and described the outcome as “another step forward in the right direction in tackling the issue of illegal streaming.”

Merseyside Police also provided an interesting comment – notable for what it included, and for what it left out.

“We welcome this sentence, which shows the value of working closely with our partners in law enforcement,” said Merseyside Police Detective Constable Gareth Jones.

“Dilworth made a considerable amount of money from his dishonesty, and we are glad that this joint investigation has resulted in such a positive outcome.”

When pirates are prosecuted in the UK, more often than not “considerable amounts of money” feature prominently in press releases announcing their convictions. In an earlier prosecution where three men made around £5 million, the amount was described as “significant” by the Premier League.

The complete absence of any specific figure beyond “considerable” in Dilworth’s case is a departure from the norm, but documents seen by TorrentFreak in September do put a figure on the money he received – just under £19,500.

No Details of What Dilworth Was Actually Convicted Of

FACT’s press release is available here but there is no mention whatsoever of the crimes Dilworth actually committed.

That is also a departure from tradition in these cases. Perhaps it’s a simple oversight but the details are interesting since we understand the prosecution took a different track. The Premier League and FACT are known for their aggressive private prosecutions in criminal courts but Dilworth’s case was a break from the norm.

Somewhat unusually, his prosecution was handled by the Crown Prosection Service and where Premier League and FACT present charges of fraud, the CPS opted for offenses under the Copyright, Designs and Patents Act (296ZB(2)(a) and Proceeds of Crime Act (section 329(1).

Whether this case is an outlier or the start of a new trend is unknown, but prosecutions under copyright law carry significantly lower sentences than those alleging fraud, something that Peter Dilworth is certainly aware of right now.