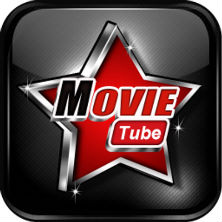 As part of the lawsuit the major movie studios asked for a preliminary injunction ordering several third-party companies to stop linking or providing services to the sites.

For several tech companies this request went too far. Last week Google, Facebook, Twitter, Tumblr and Yahoo explained to the court that it could result in broad Internet censorship, similar to the blocking provisions that were listed in the controversial SOPA bill.

The filing appeared to be the start of a new standoff between Hollywood and the tech companies, but a letter submitted by the MPAA yesterday puts it on hold.

The MPAA informed the court that a preliminary injunction is no longer required as the MovieTube sites have been offline for several weeks already.

“Plaintiffs are no longer seeking preliminary injunctive relief at this time but will seek permanent relief as soon as possible,” the MPAA’s lawyers write.

The decision to drop the request may very well have been triggered by the Amici Curiae brief of the tech companies. After all, the MovieTube sites were already offline when the MPAA submitted the injunction request weeks ago.

In their letter to the court the MPAA stress that the opposition brief should no longer be considered now that they have pulled their request for an injunction.

“…because Plaintiffs have withdrawn their motion for preliminary injunctive relief, the arguments offered by Amici Curiae in opposition to that motion are not ripe for consideration and are otherwise inapplicable.”

“To the extent Amici are requesting what amounts to an advisory opinion, such a request is improper and should not be entertained,” they add.

It appears that it’s a strategic move from the MPAA not to challenge the tech companies, for now. However, the movie industry group has made it clear that website blocking is one of their main anti-piracy priorities so we can expect this battle to reignite in the future.