“We are writing to notify you of, and request your assistance in addressing the extensive copyright infringement of motion pictures and television shows that is occurring by virtue of the operation and further development of the GitHub projects Popcorn Time, and Time4Popcorn,” the MPAA writes in its takedown notice.

GitHub swiftly complied and starting a few hours ago the repositories were absent from the website, leaving the following note.

In its takedown notice the MPAA specifically targets the “popcorn-official” and the “time4popcorn” projects, but it also urges GitHub to remove all related forks.

“By this notification, we are asking for your immediate assistance in stopping your users’ unauthorized activity. Specifically, we request that you remove or disable access to the infringing Projects’ repositories and all related forks,” MPAA writes.

To prove the infringing nature of Popcorn Time the takedown notice was accompanied by several screenshots of the user interface, as well as several pirated copies of Hollywood movies playing. 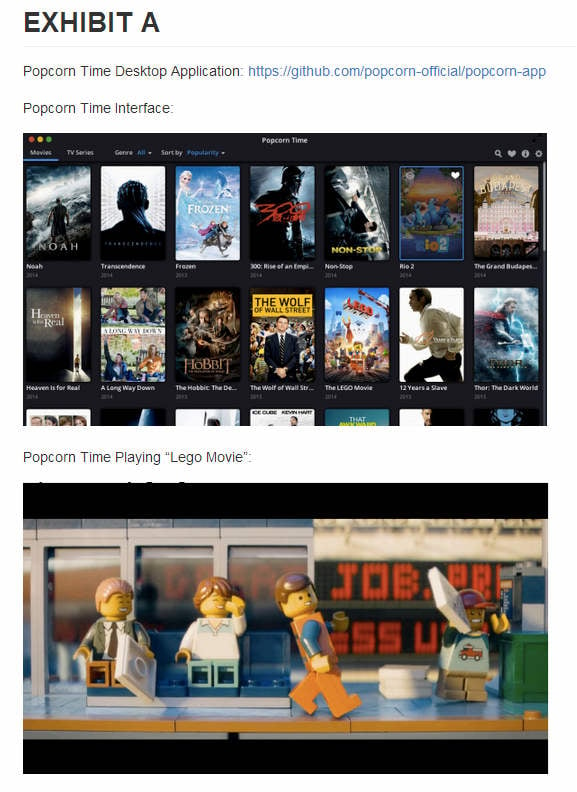 While the takedown notices may hinder the development of the software, at least temporarily, the websites of the forks remain online. This means that the applications themselves are still available for download.

Earlier this week the team behind the Time4Popcorn fork informed us that they have gathered millions of users over the past several months, and that the application is being downloaded tens of thousands of times per day.

Whether the MPAA also has plans to target the Popcorn Time fork websites remains to be seen.