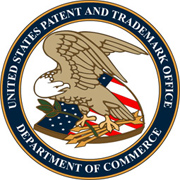 Back in June the U.S. Intellectual Property Enforcement Coordinator Victoria Espinel announced the release of the government’s second Strategic Plan for IP Enforcement.

Together with that announcement came a request from the United States Patent and Trademark Office (USPTO) for interested parties to comment on so-called Voluntary Best Practices to reduce instances of online piracy. A deadline of July 22 was later extended to August 21.

With Espinel out of the frame (she stepped down last week after four years in the job), organizations including the MPAA and Google are now left to argue over how best to implement the outgoing czar’s momentum on voluntary initiatives. Yesterday they were clashing opinions at the USPTO.

The MPAA held up existing examples of cooperation, such as the six-strikes collaboration between the studios and leading ISPs, as somewhat effective but only part of the solution. Search engines, the movie group explained, aren’t doing enough to scale back piracy and their voluntary efforts to demote pirate sites in search results just aren’t working.

And this is where the MPAA hits a problem. Whenever voluntary agreements live up to their name there is always room for participating parties to back away or water down their approach to the terms of the arrangement. The boundaries of what can be achieved, the MPAA suggests, will always be governed by legislation.

“A party’s willingness to commit to a particular practice will depend to a significant degree on what it perceives to be the legal consequence (or lack thereof) of continuing its current course of action, and not committing to any voluntary agreement.”

The underlying message here is that the MPAA feels restricted by Google and friends’ current anti-piracy response and would prefer it if the government stepped in and formally set the rules for any “voluntary” agreements. Those rules, of course, represent a change in the law. 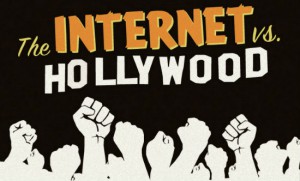 However, the MPAA tried this before with SOPA and PIPA and soon discovered they were no match for the combined forces of the Internet.

Indeed, back in February MPAA chief Chris Dodd admitted there was no enthusiasm for a “brawl in Congress” over new legislation.

So what’s the alternative? The MPAA’s potential allies – Google, Facebook, Yahoo and other tech giants including Reddit who formed their own lobbying organization called The Internet Association – feel that things should be approached somewhat differently.

“The Internet Association recommends the [Patent Office] set aside its inquiry of industry’s voluntary initiatives to reduce online infringement for a broader review that looks beyond data and metrics of enforcement mechanisms,” they told USPTO, The Wrap reports.

“Taking a holistic approach will reveal that today’s copyright landscape involves important industry practices, marketplace realities, and consumer behavioral dynamics that all play a role in both the source of and potential solutions to online infringement.”

While there has been some cooperation it seems that the approaches of Hollywood and the tech sector are still some distance apart. Given the option the MPAA would relish new legislation to ‘encourage’ the likes of Google to ‘cooperate’ more readily. But with the SOPA backlash still ringing in their ears they may have to settle for what’s currently on offer, until memories begin to fade at least.