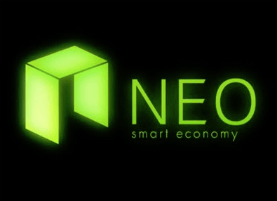 In May, TF broke the news that Justin Sun, the entrepreneur behind the popular cryptocurrency Tron, was in the process of acquiring BitTorrent Inc.

The San-Francisco based file-sharing company confirmed the interest from Sun, but it took until July before the deal was officially confirmed.

While no formal figures have been publicly released, the deal was reportedly worth $140 million. This figure was later corrected to roughly $120 million by BitTorrent co-founder Ashwin Navin.

While that is still a substantial amount, Tron was not the only company bidding. In fact, there was another cryptocurrency with a desire to take over BitTorrent. The startup Neo, often referred to as the Ethereum of China, put in a higher bid as well.

New details revealed by Coindesk show that Neo Global Capital (NGC), the cryptocurrency’s venture capital firm, was willing to pay $170 million for BitTorrent. This was made up of $115 million for all preferred stock and $55 million of common stock.

This revelation was shared by Neo Blockchain’s head of investment, Weiyu “Wayne” Zhu. Neo planned to use BitTorrent to create a decentralized file-storage system which could be used for blockchain related projects. Despite the higher offer, however, no deal was made.

According to BitTorrent and venture capital firm DCM, which owned most of the preferred stock, Neo’s bid was seen as less favorable. It involved more risk and included a clause that would nullify the entire agreement if the acquisition was not completed in six months.

Neo, for its part, was concerned about the Committee on Foreign Investment in the United States (CFIUS), which could interfere with the acquisition.

In addition, BitTorrent inventor Bram Cohen’s plans to leave the company probably didn’t help, as Neo wasn’t sure whether BitTorrent could deliver what it envisioned without him. As first reported here last month, Cohen moved away from BitTorrent, which means that the company lost its original technical visionary.

“We were not so sure that BitTorrent is technically advanced enough to become the decentralized file project we had hoped it would be,” Zhu said.

In the end, BitTorrent and Tron reached an agreement in February where the latter would pay $90 million for the preferred stock and $30 million for the stock. After finalizing the paperwork, the deal was eventually made public a few weeks ago.

It remains to be seen whether current BitTorrent users will notice any change following the shift in ownership. While the BitTorrent protocol will remain free and open to anyone, Tron now controls the popular uTorrent clients, including the new web version.

The company previously announced that nothing will significantly change in the short term. However, Tron’s founder Justin Sun also said that he plans to add financial incentives for those who seed content, which could, in theory, come to uTorrent as well.

Whatever direction Tron will go in, the core BitTorrent protocol remains open and cryptocurrency free.