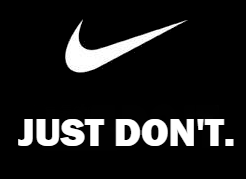 Virtually every piece of software is cracked and made available on the Internet, through a myriad of pirate sources.

These are generally visited by regular people out to save a few bucks, but according to Quest Software, pirated license keys found their way to Nike’s office as well.

The company, known for developing a variety of database software, filed a lawsuit in an Oregon federal court this week, accusing Nike of copyright infringement. Both parties have had a software license agreement in place since 2001, but during an audit last year, Qwest noticed that not all products were properly licensed.

“That audit revealed that Nike had deployed Quest Software Products far in excess of the scope allowed by the parties’ SLA,” Quest writes in their complaint, filed at a federal court in Oregon.

Quest keeps a database of all valid keys and found that Nike used “cracked” versions, which are generally circulated on pirate sites. This is something Nike must have been aware of, it adds.

“The audit also revealed that Nike had used pirated keys to bypass the Quest License Key System and made unauthorized copies of certain Quest Software Products by breaking the technological security measures Quest had in place,” Quest writes.

“Upon information and belief, to obtain a pirated key for Quest Software Products, customers must affirmatively seek out and obtain pirated keys on download sites known to traffic in counterfeit or illegally downloaded intellectual property, such as BitTorrent.”

When the software company found out, it confronted Nike with the findings. However, according to the complaint, Nike refused to purchase the additional licenses that were required for its setup. This prompted Quest to go to court instead.

At this point, it’s not entirely clear to Quest how many pirated keys were used on Nike computers. That’s something the company would like to find out during the discovery process.

Quest is certain, however, that its customer crossed a line. It accuses Nike of copyright infringement, breach of contract, and violating the DMCA’s circumvention provisions.

The company requests an injunction restraining Nike from any infringing activity and demands compensation for the damages it suffered as a result. The exact height of these damages will have to be determined at trial.