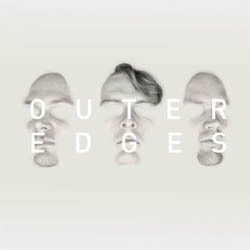 For closing on 20 years, online piracy has been the bane of the music industry. Starting off relatively small due to limited speed Internet connections, the phenomenon boomed as broadband took hold.

In the years that followed, countless millions of tracks were shared among like-minded Internet users eager to keep up with their favorite artists and to discover those they never knew existed.

But with 2016 almost two-thirds done, legal music availability has never been better and the excuses for obtaining all content illegally are slowly disappearing over the horizon, for those who can afford it at least.

Nevertheless, one type of piracy refuses to go away, no matter how well-off the consumer. By definition, pre-release music is officially unavailable to buy, so money is completely out of the equation. Such leaks are the ultimate forbidden fruit for hardcore fans of all standing, including those most likely to shell out for the real thing.

This means that the major labels regularly cite pre-release leaks as the most damaging form of piracy, as they are unable to compete with the unauthorized copies already available. Release plans and marketing drives are planned and paid for in advance, and record companies are reluctant to change them.

As a result, such leaks are often followed by extreme outbursts from labels which slam leakers and downloaders alike. That’s perhaps understandable but there are better ways of getting the message over without attacking fans. Last week, drum and bass, dubstep, breakbeat and house stars Noisia showed how it should be done after their long-awaited album Outer Edges leaked online six weeks early.

“Friday night, while we were in the final minutes of setting up the stage for our first ever Outer Edges show, we received the news that our album had been leaked. We think you can imagine how bad we felt at that moment,” the trio told fans on Facebook.

“We realize it’s 2016, and things like these happen all the time. Still, it’s quite a setback. All the plans we’ve made have to be scrapped and replaced by something less ideal, because we have to react to this unfortunate situation.”

In the DnB scene Noisia are absolutely huge but despite their success have chosen to stay close to their fans. The trio run their own label (Vision Recordings) so have more control than many artists, thus allowing them to give fans unprecedented access to their music.

“So far in releasing this album, we’ve made a conscious effort to make every track that’s available somewhere, available everywhere. If you pre-ordered the album on Itunes or our webstore, you received the new track the same day it was first premiered on Soundcloud,” Noisia continue.

“We believe that users of all platforms should be able to listen to our music pretty much the minute it’s available anywhere else. In this philosophy, the availability of our whole album on illegal download sites means that we have to make it available on all platforms.”

So, instead of going off on a huge rant, Noisia leapt into action.

“We have immediately changed all our previous plans and made the whole album available to buy on our web store right now,” the band announced on the day of the leak.

Sadly, other digital platforms couldn’t move as quickly, so most only got the release on Friday. Physical products couldn’t be moved either due to production limitations, so they will appear on the original schedule.

“Even though we are unhappy about this leak, we’re still really happy with the music. We really hope you will enjoy it as much as we’ve enjoyed making it,” Noisia said.

With this reaction to what must’ve been a hugely disappointing leak, Noisia showed themselves to be professionals. No crying, no finger pointing, just actions to limit the impact of the situation alongside a decision to compete with free, both before and after the leak.

Nevertheless, Thijs, Martijn and Nik are human after all, so they couldn’t resist taking a little shot at whoever leaked their music. No threats of lawsuits of course, but a decent helping of sarcasm and dark humor.

“Thanks to whoever leaked our album, next time please do it after the album is out, maybe we can coordinate? Oh wait, that wouldn’t really be leaking… And besides, we don’t negotiate with terror..leaking persons,” they said.

“No, instead we will fold, and adjust our entire strategy. Take that! We hope you get stung by a lot of mosquitoes this summer, and maybe also next summer.”

Noisia’s next album will probably take years to arrive (Outer Edges took six years) but when it does, don’t expect to be warned months in advance. The trio are already vowing to do things differently next time, so expect the unexpected.

Noisia make a lot of their music available for free on Soundcloud, YouTube and ad-supported Spotify.