Following the example of the United States, the EU now has its very own piracy watch list.

The plan was first announced in January by the European Commission, which asked various stakeholders for input.

This eventually resulted in a 40-page report in which various pirate sites and third-party intermediaries are identified. There’s a fair bit of overlap with the US report, as both highlight familiar brands such as The Pirate Bay and Rapidgator.

The goal of the report is similar as well.

“The aim is to encourage the operators and owners as well as the responsible local enforcement authorities and governments to take the necessary actions and measures to reduce the availability of IPR infringing goods or services on these markets,” it reads.

Initially, we saw the EU watchlist as yet another pirate site overview, but on closer inspection, something stood out. The list mentions 1channel.ch as a pirate site.

“1channel.ch (previously Primewire.ag) is one of the most visited linking or referrer sites globally offering links to allegedly illicit copies of blockbuster films and television programmes,” it reads.

According to the report, the notorious pirate site has an Alexa rank of 1,238, with more than 531.8 million visits during an undefined period. Certainly not something to sniff at.

This mention stands out because 1channel.ch hasn’t been a “pirate” site since late 2017, when the domain was bought by Marshall Domains LTD. The company in question specializes in buying domain names in auction that the previous owner has allowed to expire and are expected to generate a decent amount of traffic, which is monetized in various ways.

TorrentFreak spoke to the owner, David Marshall, who also happens to own the Primewire.ag domain that was mentioned in the EU’s watchlist. Both domains were bought in an auction and now link to 123movies.com.

“I noticed that 1channel.ch was expiring and backordered it at various places such as park.io and realtime.at, as I knew they would still be receiving valuable type-in traffic that could be monetised legally,” Mr. Marshall says.

While 123movies is a pirate brand as well, Mr. Marshall’s version tries to do the opposite. It’s a movie information portal with Amazon Prime affiliate links in some locations, hoping to turn lost pirates into paying customers. 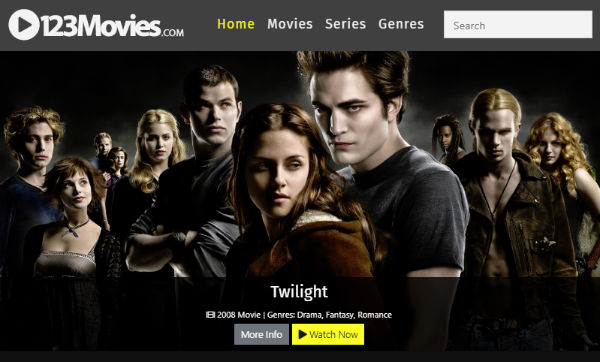 To be fair, this redirect was not in place when the research for the watchlist report was conducted. This took place between 18 June and 20 July 2018. However, 1channel.ch already linked to a parked page or an advertising feed at the time and was no longer a pirate site.

In addition, the EU Commission notes that their watchlist includes “examples of reported marketplaces or service providers whose operators or owners are allegedly resident outside the EU.” However, a simple Whois search would have shown that Mr. Marshall’s business is in the UK.

As for the Primewire.ag domain, that was not serving any pirated content during the stated research period either, although that domain wasn’t bought at an auction until August 2018.

It’s unclear how both domains ended up in the report. They were both linked to pirate sites in the past but it’s likely that the commission put too much focus on outdated info.

Mr. Marshall says tells TorrentFreak that the legal 1channel.ch certainly doesn’t have more than a quarter billion visits, nor is it hosted in Switzerland, or masked behind a reverse proxy service, as the EU watchlist claims.