Piracy: If the Internet Isn’t Broken, Should We Fix it Until it is? 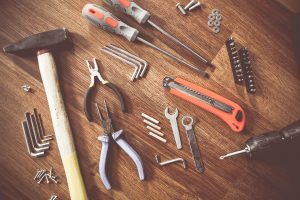 Back in the 80s, I fancied myself as a half-decent 8-bit coder but of course, there was always someone who did it outrageously better. Like my idols in the C64 demo scene, for example, whom I eventually rubbed shoulders with.

They made computers do things they weren’t supposed to, like displaying graphics in places the machine didn’t natively allow or playing music on the heads of disc drives. The aim, at least in part, was to push software and hardware to breaking point. What they didn’t need, however, was help from self-professed experts.

Unfortunately for them, my clearly superior teenage coding knowledge (and access to their machines) allowed me to quietly ‘improve’ some of their work in progress, ‘fixing’ it here and there without needing to ask permission or mention what I’d done.

Luckily for the shape of my face, nothing broke down immediately and development on the ‘improved’ software mostly continued as if nothing had happened. And then people began swearing. A lot. I’m still sorry for that.

I imagine the cursing that went on back then, in the wake of my efforts to ‘fix’ problems that were none of my business, was similar to that recently uttered by Internet pioneer Vint Cerf and the inventor of the World Wide Web, Tim Berners-Lee, in response to the Article 13 controversy.

These men, who were there at the very beginning, also had a vision for their creations that didn’t involve smart-asses interfering with their work. Just like my unwanted efforts to ‘improve’ perfectly good parallax scrolling, web-blocking and content filtering are added complications that don’t easily fit with the original vision for an open web.

No one wants complications. Most people – the vast majority of people – go on, 99% of people – do not want web-blocking, they don’t want filtering, and they don’t want expanded liabilities for intermediaries. But they’re mainly not being obtuse or pro-piracy, it’s just that their Internet (like a certain group’s scrolling) doesn’t need fixing because it’s just fine as it is.

Of course, this call for the status quo is easily countered by the pro-blocking and pro-filtering movement who claim that the measures they want implementing globally have shown to work thus far, without any serious collateral damage. On this basis alone, why should anyone object to more of the same?

Well, why shouldn’t they?

None of these restrictions improve Internet users’ lives and there’s a dramatically reduced chance that the “Internet will break” if it’s left alone. So why not leave it? It’s not as if the public is being offered an incentive to welcome restrictions with open arms – price reductions on movies and music alongside a promise to increase quality if restrictions are put in place perhaps? Hardly.

The point is this: it’s easy to frame this argument as one between those in favor of protecting copyright and those who want to pirate everything. In truth, it’s actually more fundamental. This is a clash between people who believe the Internet shouldn’t be tampered with – period – and those who believe that, because they’re potentially losing money, they should be allowed to tinker under everyone’s hood.

People should, of course, be allowed to protect their rights but not at any cost. In the same way the Internet has grown and developed beyond all expectations, we should expect that the movement to block, filter, delete, divert and otherwise meddle in the net’s inner workings will grow too, probably in ways we’d never envisioned 10 years ago.

That being said, it’s unlikely that any single filtering, blocking or liability-increasing effort will “break the Internet” and even a couple combined won’t herald the online apocalypse. After all, censorship machines are attacking as we speak, and most of us are still online with decent amounts of freedom.

But in the same way that the famous Doomsday Clock ticks and tocks inexorably towards midnight, it’s not one event under consideration here, but the interplay between many.

A restriction or web-block here, a content filter or a long-forgotten scrolling adjustment there. None of it really matters until that moment when history catches up with us and we wished we’d have been more careful over who was given control.

Should we really be letting people who don’t know what they’re doing mess around with something so important, even when they’re doing it for reasons they genuinely believe in?

If something really is properly broken, then perhaps we should consider sensible ways to fix it. However, when all the fixes become the very reason everything breaks down, we will have clearly gotten our priorities wrong and it will be too late. The big question is how long we’ll have to wait to find out.

Will it be ‘never’ as we’re reliably informed by the entertainment industries or ‘sooner or later’ as the technologists suggest? The truth is, none of us really knows. The Internet experts don’t know there will be a meltdown next decade and copyright holders can’t promise that everything will be just fine in 20 years’ time.

What we can say, however, is that our beloved Internet has served us pretty well up to now and despite much complaining and the existence of piracy, most people are doing very well out of it. No matter what happens it’s unlikely to break completely but there is a chance, at some point in the future, it will find itself being suffocated into submission.

So, the simple challenge for us today is to find ways to protect rightsholders without affecting the vision for the open Internet. Answers on a postcard, please.