As illegal IPTV subscriptions maintain their popularity among those looking for a cheap live TV fix, rightsholders from all over the world are trying hard to counter the threat.

Broadcasters and sports leagues are applying significant pressure but with VOD services now a part of many pirate IPTV packages, Hollywood studios such as Disney and distributor platforms including Netflix and Apple are playing a leading role.

Yesterday we reported new activity by anti-piracy coalition Alliance for Creativity and Entertainment (ACE) which included seizures of IPTV domains. Today we can report new action, not only by ACE but others in the sports and broadcasting ecosystem utilizing a range of anti-piracy tools.

In a 2020 submission to the United States Trade Representative, Spanish football league La Liga reported several illegal TV services for infringing its rights. Among them was Seko IPTV, a service that now, thanks to ACE, is no longer operational. 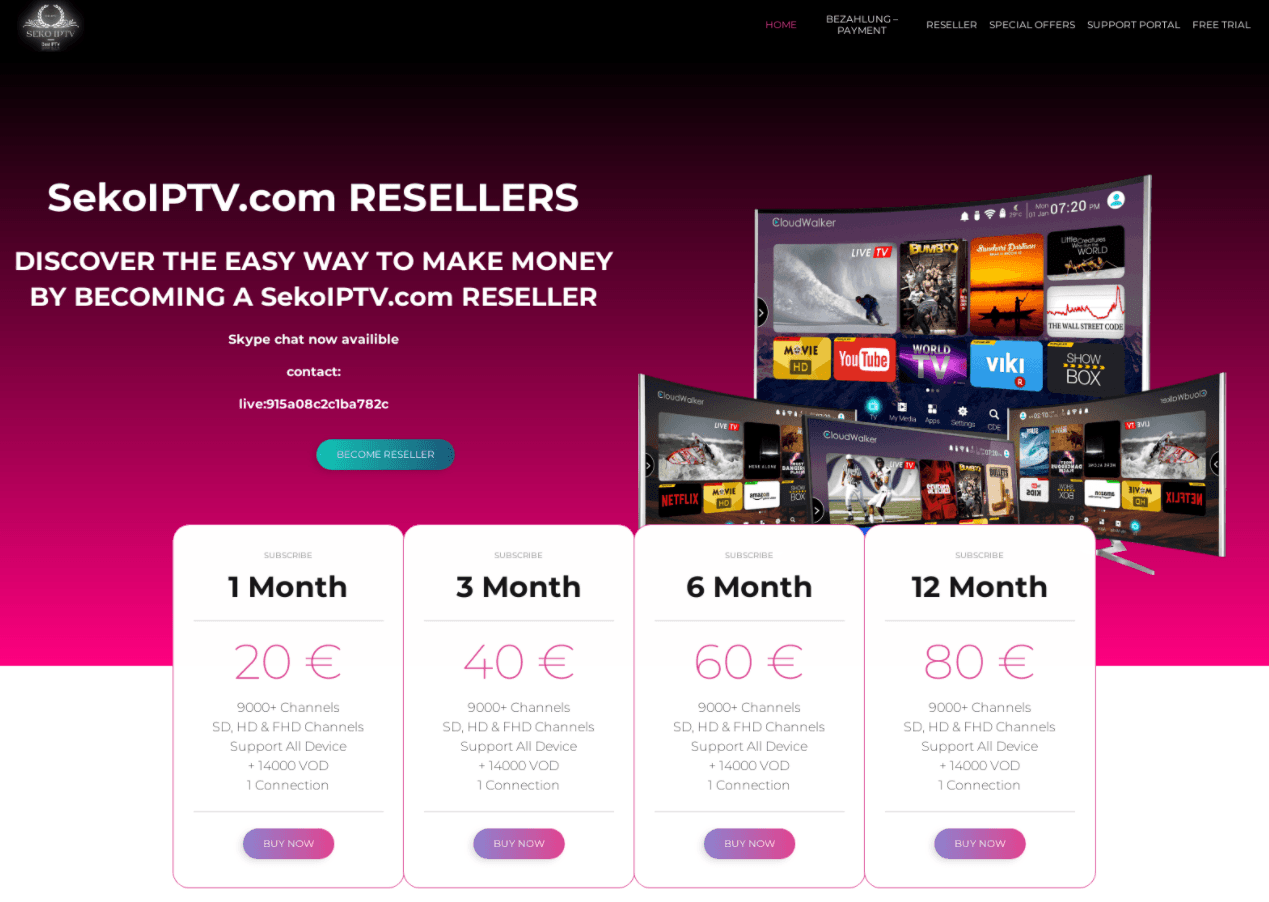 Seko IPTV first made an appearance more than five years ago in May of 2016. At the time it offered around 3,200 channels according to its own data, plus a VOD (video-on-demand) service offering movies and TV shows.

Promoted for Mag boxes, Smart TV, Enigma, VLC, Kodi, smartphone, tablets and other devices, more recently the service boasted more than 9,000 live channels and 20,000 videos in its VOD library. However, it now appears to have reached the end of the road after ACE and the MPA took control of its domains.

Sekoiptv.com, sekoiptv.ml, sekoiptv.live and sekoip.tv are now under the administration of the MPA in the United States, which tends to suggest that their operator/s may have reached some kind of shutdown settlement with ACE/MPA. All domains now redirect to the ACE anti-piracy portal so former customers of the service will be getting an unwelcome surprise.

Other IPTV-related domains seized by ACE/MPA in the last few days (in addition to the ones published at the weekend) include srvtekn.com, vpnuser.ws and smarteriptvmanchester.com.

Late Friday, Spanish authorities reported that following complaints made by professional football league La Liga, a Policía Nacional investigation was launched into the supply of set-top devices and subscriptions to an illegal IPTV service.

In common with other cases involving such services, the name of the platform has not yet been made available but according to local reports, the Policía Nacional has asked a court to issue an order that will compel local ISPs to block its domains to prevent further infringement.

This morning, Spain’s national police and the country’s tax agency further announced the arrest of six people and the seizure of 24,430 TV devices in Madrid. According to the authorities, the group sold the devices on various web platforms and via their own forum, from where technical support was provided to customers.

“The analysis of the bank accounts of those investigated has revealed income derived from the illicit activity of 1.2 million euros between 2017 and 2021,” a police statement reads.

Nagra claimed that some of the channels found in a particular playlist infringed the rights of various Discovery channels and as a result, the repo was completely disabled.

Quite what happened in the following days is unclear but potentially after the infringements were addressed, the repo is now back online, providing access to almost 30,000 channels via its own search engine.

In a DMCA notice filed with Github early February, anti-piracy outfit Group-IB demanded the removal of a script that enable users to watch movies for free using the IDs allocated to movies and TV shows via Russia’s official Kinopoisk video database.

“This script provides access to illegal content – a database of pirated players, which can be accessed using this script for any title with the id of Kinopoisk, which is a serious violation of the rights of copyright holders,” the complaint reads.

Finally, it appears that pirate IPTV subscribers in Malta may soon find access to their services disrupted after a judge ordered local ISPs to block hundreds of IP addresses used by infringing platforms.

Local reports say that a decision was handed down February 2 by the First Hall of the Civil Court in order to protect the rights of Spanish first and second division football league matches.