Website blocking is without a doubt one of the favorite anti-piracy tools of the entertainment industries.

The UK has been a leader on this front. Since 2011, the High Court has ordered ISPs to block access to many popular pirate sites.

While official numbers are lacking, it’s believed that thousands of URLs are currently blocked, targeting sites such as The Pirate Bay, Sci-Hub, Fmovies, NewAlbumReleases, and Team-Xecuter.

This month, two new domains were added to this list. Following a petition from the MPA and Sky, acting on behalf of Netflix, Disney and other Hollywood giants, the High Court ordered six UK ISPs to block Mixdrop.me and Mixdrop.co.

While both domains share the same base name, it’s not clear whether they are run by the same people. Mixdrop.me appears to be a pirate streaming site while Mixdrop.co is a file-hosting service, also known as a cyberlocker.

In respect of cyberlocker blocking, the ruling is not without precedent. One year ago the High Court ordered the same ISPs to block file-hosting platform Nitroflare for hosting unlicensed music. The order handed down by the Honourable Mr. Justice Mellor marks the first time that a cyberlocker site has been blocked for hosting movies and TV shows.

The novelty of this injunction is also highlighted by the MPA, which sees it as an important victory for the entire industry.

“We welcome this decision from the High Court which represents a first for the film and TV industry. Cyberlocker and stream-ripping sites make available vast amounts of copyright protected film and television content for streaming and/or downloading, making millions in the process,” an MPA spokesperson comments.

The High Court order doesn’t elaborate on what grounds Mixdrop.co will be blocked and unfortunately the original petition is not publicly available either. This means that the exact motivation remains unknown to the public at large, which could result in some uncertainty among other file-hosting services. 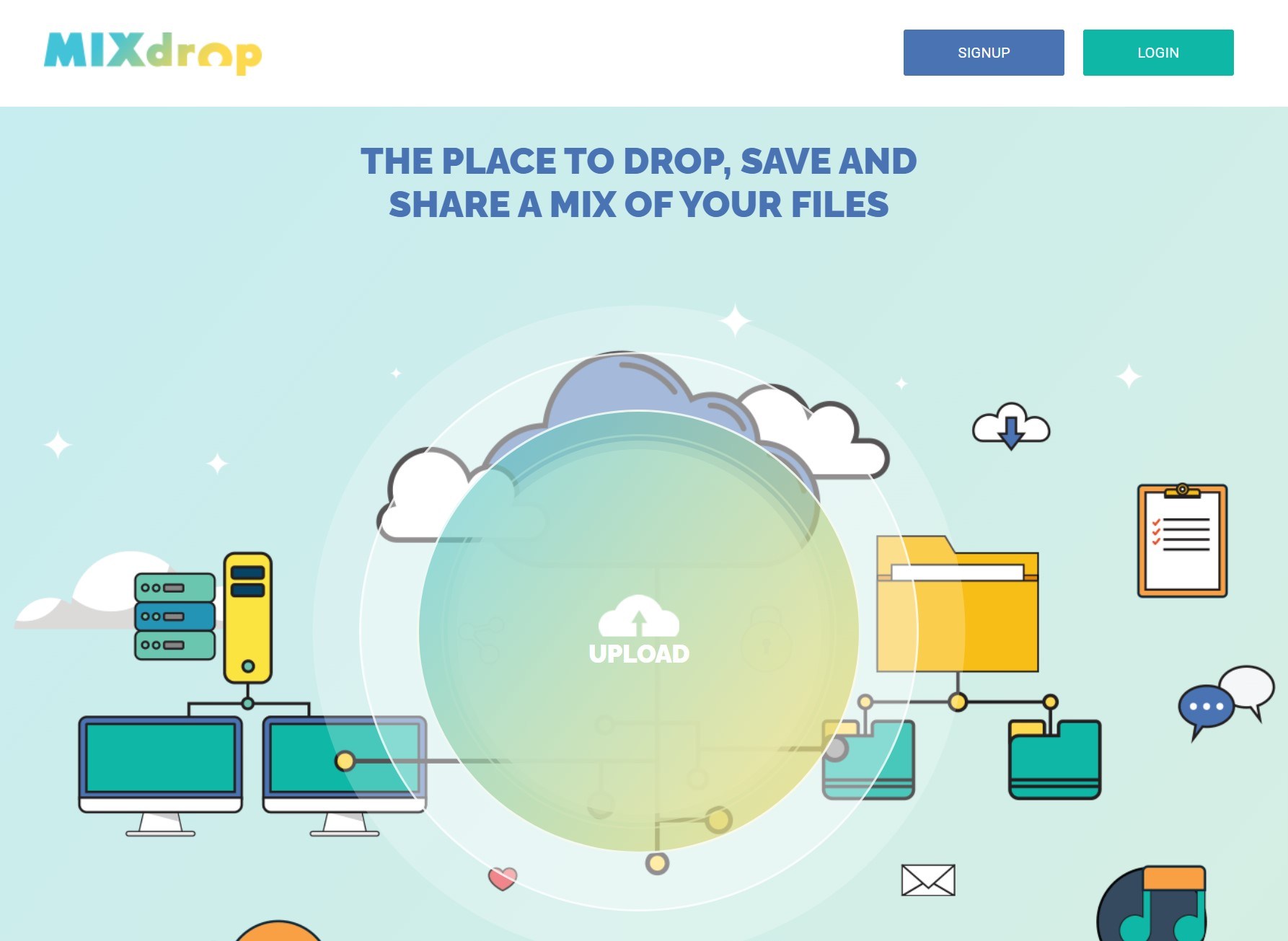 There are cyberlockers that can be deemed infringing. For example, those who encourage users to share infringing material or ignore takedown notices. At first sight, however, Mixdrop doesn’t immediately fall into that category.

For example, the site has a detailed copyright policy and accepts DMCA takedown notices. In addition, it also stresses repeatedly that copyright infringement is not tolerated.

“We may in our sole discretion remove any Content we have reason to believe violates any of the intellectual property rights of others and may terminate your use of the Website if you submit any such Content,” it reads.

In addition, Mixdrop says that it uses automated fingerprinting tools to detect and remove pirated content that was previously flagged.

“Mixdrop utilizes advanced fingerprinting technology to automatically and in-realtime identify and remove files that were previously taken down due to DMCA complaint even when re-uploaded by different users,” the site writes.

TorrentFreak reached out to both Mixdrop and the MPA for further details and information but, at the time of publishing, we are yet to receive responses.

What we do know is that the MPA has had Mixdrop on its radar for a while now. The group has previously tried to identify the site’s operators and it also classified Mixdrop.co as a “notorious” piracy market in its most recent submission to the US Trade Representative.

Among other things, the Hollywood group pointed out that Mixdrop has an affiliate program that people can use to earn up to $1,000 USD a week, depending on the number of views they generate.

This affiliate program is no longer promoted on the site as far as we can see, but it does show up in older archived copies of Mixdrop.

Whatever the motivation for the blocking request, the High Court order means that BT, EE, Plusnet, Sky, TalkTalk and Virgin Media will have to add the two domain names to their blocklists, plus any new domains or URLs the sites may use moving forward.

Interestingly, Sky has two roles in this case, both as an ISP and as a representative of the rightsholders. In the latter capacity, it applauded the injunction.

“[The order] confirms that these types of sites are acting illegally, blocks access to one of the most prolific providers of stolen Sky content and ultimately helps keep consumers safe from the very real risks of accessing content in this way,” Sky commented.