ACTA is an international agreement that aims to target piracy and counterfeiting globally. The secrecy surrounding the negotiations is astonishing. Many institutions, the press and various individuals have requested that participating countries provide an insight into their plans, initially without much success.

This April, nearly two years after the first ACTA draft leaked out, the negotiators caved in and decided to release a redacted draft to the public. The draft itself didn’t bring much news, as nearly all information had been revealed via the leaked documents. However, some had hoped that the negotiators would be more open about the results of future meetings.

Unfortunately, this hope was soon shattered as the ACTA negotiations continued outside of the public eye. Yesterday, it became clear that even elected representatives at the European Parliament are not allowed to share ACTA-related information with their voters.

Following the latest round of ACTA negotiations in Lucerne, Switzerland, the Commission’s negotiators came to the European Parliament to give an update on ACTA’s progress. True to the secrecy surrounding most ACTA meetings, the gathering was closed to the public.

Pirate Party MEP Christian Engstrom was also invited to join, and at the meeting he asked if this secret setup also meant that he wasn’t allowed to share any of the information with the public.

“At first the Commission seemed unwilling to answer this question with a straight yes or no, but after I had repeated the question a number of times, they finally came out and said that I would not be allowed to spread the information given,” Engstrom explains.

Since there is little value in being informed on something you can’t share with others, Engstrom saw himself forced to leave the room. “I then left the meeting, since I am not prepared to accept information given under such conditions in this particular case.”

Room where the closed meeting was held 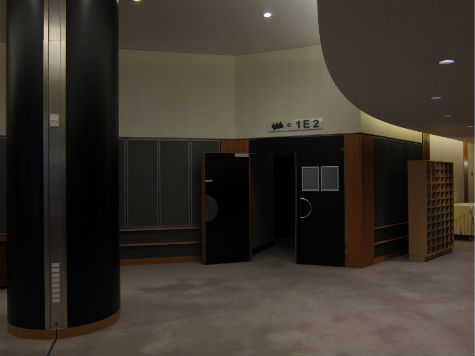 Like many others, Engstrom fails to see the benefit of keeping information from the public. “There is no sensible reason why the ACTA negotiations should be carried out in secret, or why Members of the European Parliament should not be allowed to discuss information about ACTA with their constituents,” he said.

“In a democracy, new laws should be made by the elected representatives after an open public debate. They should not be negotiated behind closed doors by unelected officials at the Commission, in an attempt to keep the citizens out of the process until it is too late.”

Even worse, according to Engstrom the secret ACTA meeting violates the Lisbon Treaty which states that the Commission should fully inform the European Parliament. With a secret oral meeting without any documents being handed out, this is certainly not the case, the Pirate Party MEP argues.

“That is disgraceful,” Engstrom concludes.