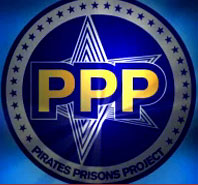 During recent months, the RIAA, MPAA and other anti-piracy outfits have been lobbying for legislation that would make it possible to disconnect repeated copyright infringers from the Internet, with some success.

The RIAA recently announced that it would stop its massive legal campaigns and limit the court visits to a minimum. No surprise there. Lawsuits are expensive and the RIAA lost more of those than they had hoped, so they turned their attention to lawmakers, local governments and ISPs instead.

The new plan is to get legislation implemented that will allow the entertainment industry to spy on the filesharing behaviors of individual Internet subscribers, and order their disconnection when they are suspected of repeated copyright infringements. Ideally they would like to make “downloading” a criminal offense of course, and this is exactly what the Pirates Prison Project is anticipating.

According to Dimitri Johnson, CEO of Pirate Prisons Project (PPP), billions of Internet users around the world will have to be thrown in jail if the anti-piracy lobbyists have their way. “Everyone is guilty by default: since nobody will want to do without Internet access, no matter what, everyone will end up going to jail. All of our kids, parents, friends and peers. Off to jail we go,” he writes.

“This trend has led PPP to foresee a gigantic business opportunity,” Dimitri adds, while introducing his plans to build thousands of prisons where these Internet pirates can be locked up. Investors can buy shares in these yet to be built prisons, and pirates have the opportunity to book a comfortable cell in advance. PPP currently offers three options:

You can invest in the new prisons due to be built, which is a solid investment according to the PPP. 150 shares currently trade at $10,000, but people with a smaller budget can get 2 shares for just $200.

If you happen to know someone who pirates music, software or movies on the Internet, you can first report them, and then send them over to the PPP website to book their cell early on. There are several options to choose from, and early birds get the best picks.

3. Book a Cell Yourself

Last but not least, you can book a cell yourself, and make sure that you’ll have a comfortable time in prison once you’re locked up. If your budget allows it, you can book the “jail premium” package: the largest cell available, complete with broadband Internet.

TorrentFreak contacted one of the project leaders, who told us that he hopes to get the RIAA and MPAA on board as one of the main investors in the project. He’s right, it’s their future…