Despite the growing availability of legal options, online piracy remains rampant. Every day pirate sites and services are used by millions of people worldwide.

New data released by the UK-based piracy tracking company MUSO shows that pirate sites remain very relevant. And people have no trouble finding them either.

In fact, traffic to these sites is booming. During the first quarter of 2022, pirate site visits increased by more than 29% compared to a year earlier, which is good for a dazzling 52.5 billion visits.

The traffic increase is noticeable across all types of piracy but the publishing category stands out. Compared to the first quarter of 2021, the number of visits in this category has grown explosively. Software piracy is lagging behind, but the category still continues to grow. 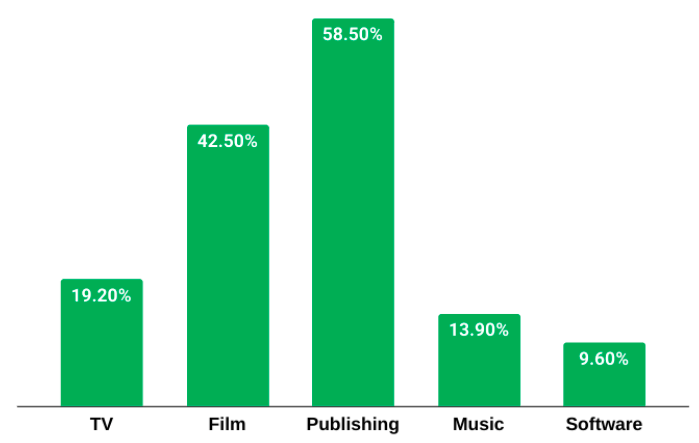 The strong growth in the publishing category is largely driven by manga, comics or graphic novels originating from Japan. Some of the pirate sites dedicated to this ‘niche’, such as Manganato.com, attract well over 100 million ‘visits’ per month. That’s more than iconic pirate sites such as The Pirate Bay and Fmovies.to.

The United States is the country that sends most visitors to pirate sites. With well over 5.7 billion ‘visits’ in the first three months of the year, the U.S. is good for more than 10% of all piracy traffic. With a 39% increase compared to last year, pirate audience growth exceeds the global average.

Russia and India follow at a respectable distance with just over 3 billion visits to pirate sites, followed by China and France, with 1.8 and 1.7 billion visits, respectively.

There is no single explanation for the apparent piracy boom. However, MUSO sees the upward trend as an alarming signal and expects that the ‘streaming wars’ and growing subscription fatigue may play a role.

“The continued and marked increase in piracy visits is alarming reading for the entertainment industries,” MUSO notes.

“MUSO would anticipate this trend to continue especially in the current climate of subscription wars for SVoD platforms combined with the economic squeeze and fast growing global inflation.”

With more and more subscription services and fragmentation in the entertainment industry, pirate site traffic isn’t likely to evaporate any time soon. Time will tell whether we will see yet another increase in traffic next year.