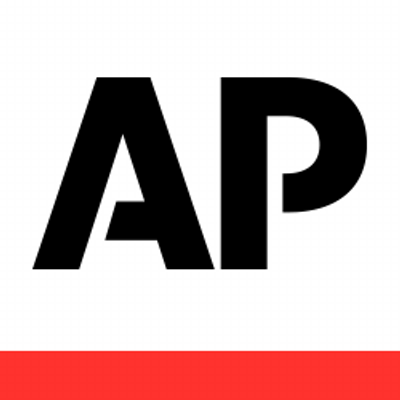 Founded in 1846, news agency Associated Press (AP) has been around for 174 years.

The non-profit organization started by covering the Mexican–American War and has since transformed into one of the most reputable news sources in the world, winning dozens of Pulitzer prices.

Although AP doesn’t have to make a profit, income is required to pay the bills. This much-needed revenue comes from newspapers and broadcasters, for example. In addition, AP also generates income from paid press releases that enable outsiders to share their content on the reputable AP site directly.

Paid listings are used by a wide variety of companies. These are properly marked as paid content but nonetheless offer significant value. They help to spread a press release to other news sites and also bring in traffic through search engines.

The latter is something we noticed recently when we saw a paid AP press release as the top result while searching on Google for the pirate site Fmovies. The real Fmovies was nowhere to be found in the top results, but an AP page that advertised another streaming pirate site was.

We initially didn’t make too much of this as we’ve seen pirate sites issuing press releases before. However, when looking closer this week, we noticed this wasn’t an isolated incident but part of a broader PR campaign using AP as a promotional tool.

This turns out to be extremely simple. Just write a few paragraphs filled with pirate-related keywords with a link to your own pirate site. Here are a few examples we just found on the AP site. 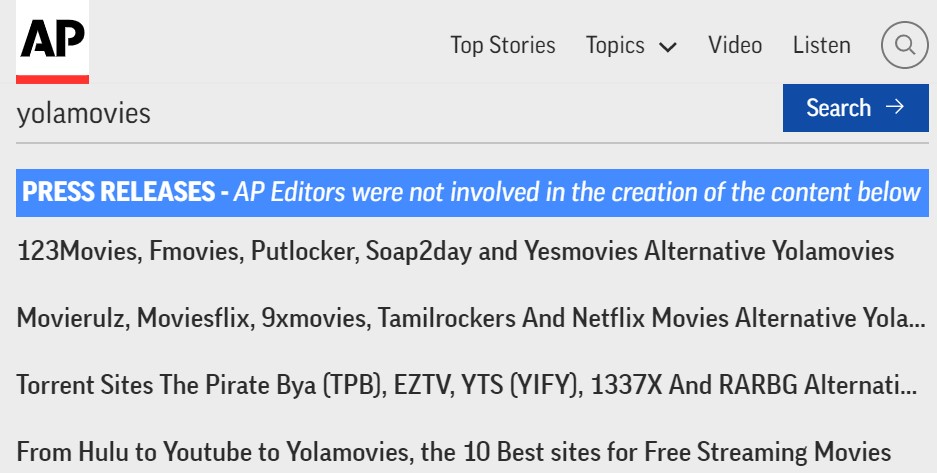 These articles mention both legitimate platforms and pirate sites, always with a prominent link to Yolamovies.com. The press release copy is badly written and on occasion hard to comprehend. It’s also misleading at times, by suggesting that Yolamovies is a torrent site, for example.

“YolaMovies is among the most active torrent websites for TV series lovers,” one reads. “It is packed with features to improve your torrenting encounter, by a built-in admin checker on the primary page into a calendar that outlines event launch dates for countless displays.”

What’s clear, however, is that Yolamovies – or someone promoting it – is using these press releases to get more visitors. That strategy appears to be working. In recent weeks the visitor numbers have gone up significantly.

According to Alexa, half of the site’s visitors come from the AP website, where many people end up after a Google search.

AP clearly distances itself from the content in paid press releases. We have no idea whether the organization is even aware of them, but these examples show that the vetting process for paid content isn’t very strict.

Finally, it’s worth stressing that wouldn’t have been much of a problem if Google hadn’t started pushing official pirate sites down in the results. While that decision was likely taken to prevent copyright infringement, the question is whether Google users are better off when they’re directed towards unknown pirate sites instead.

We have no idea who is running Yolamovies or what their plans are. The site appears to be using a basic script and the site’s contact page is missing at the moment.