RapidShare has been in the news several times this year. The company has seen landmark court verdicts against copyright holders go in their favor and on the other hand have also committed themselves to targeting copyright infringers more actively and going after sites that misuse their trademark.

In a leaked letter to the entertainment industry, former Rapidshare CEO Bobby Chang wrote a few months back that the company would begin pursuing third party sites who use the RapidShare trademark to ‘promote’ or encourage copyright infringement.

“We are extending our efforts to proceed against linking-sites, against so-called RapidShare search engines and against individuals who abuse our trademark to distribute copyright protected content,” wrote Chang.

Soon after this letter Chang left the company, but RapidShare did indeed keep its word and dozens of domain disputes were filed and won. Music-rapidshare.com, Rapidshareprime.net, Rapidshare-catalog.com, full-rapidshare.com and several more domains were transferred to RapidShare, but interestingly enough the compliant against Rapidshare.net was denied.

Rapidshare.net offered a searchable index of files that were hosted on RapidShare.com, so users could find files on the file-hosting service from one central location. RapidShare did not approve of this and filed a complaint at the World Intellectual Property Organization (WIPO).

The company argued in their complaint that the owners of the .net domain used it “to drive Internet traffic to its website where it advertises a search engine designed to assist web users who wish to violate third party copyrights,” and that the domain was registered in bad faith.

However, unlike the cases against the other domains, the WIPO panel denied this complaint July this year.

RapidShare, represented by the top law firm Greenberg Traurig, didn’t let the case go this easily and took the case to the National Arbitration Forum. The final decision in this case came on October 14th 2010 in favor of RapidShare, overruling WIPO’s earlier decision.

Although the owners of the .net domain had the option to appeal the decision in court, they chose not to do so.

“We had a choice, we could file in court locally and let it drag on for a few years, costing upwards of $100,000. This wasn’t an option so we had no choice but to let it go,” former Rapidshare.net owner Jesse told TorrentFreak. “We were given 10 days to respond, after 10 days on October 24th 2010, Rapidshare.net changed ownership.”

Instead of fighting the decision they bought a new domain where they continued with their RapidShare search and index service.

“We have taken the time to update some stuff and relocate the site to a new, non-infringing domain, RsFly, Jesse said, explaining that the RS has nothing to do with RapidShare and that it stands for REALLY SUPER instead.

“We changed the site around a bit and are working through the resulting bugs. The millions of users and webmasters who used Rapidshare.net’s search can now get the same thing over at RsFly.com. We will look at this unfortunate setback for what it is, a setback,” Jesse told us. 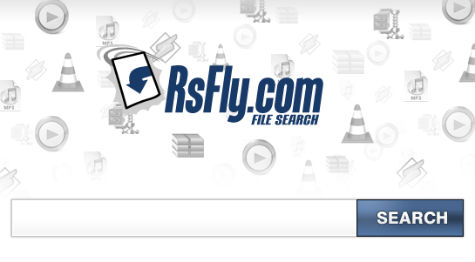 The major question most owners of the seized domains have is, why? According to the WIPO disputes, RapidShare’s actions were not only about trademark infringement issues, but also about the fact that these search engines and indexes ‘promote’ copyright infringement. Apparently RapidShare is worried that these sites negatively affect the image of the file-hosting service and that they may lead to more legal troubles.

However, RapidShare is also shooting itself in the foot, which becomes clear as one looks at the site traffic which has gone down significantly. With these disputes they have taken out even more traffic sources, and thus potential sources of revenue also.

“The domains they have seized were sending significantly large amounts of traffic to their service, which converts into paying customers, and makes RapidShare.com good money,” Jesse told TorrentFreak. “We know for a fact that a lesser-known file locker will garner about 10-15 paying customers for every 10000 that show up to their download page.”

We have no doubt that this was taken into consideration by RapidShare, but we have to assume that the company feared even worse if they didn’t go after the ‘infringing’ domains.

The result is clear though. After having led the file-hosting business for several years, Megaupload has now surpassed RapidShare as the most visited cyberlocker. Just a year ago RapidShare was among the 15 most visited domains on the Internet together with Google, Facebook, YouTube and Wikipedia, but it has meanwhile dropped to 86 according to Alexa.

Competitors Megaupload, Hotfile, 4Shared and Mediafire all surpassed Rapidshare in terms of traffic this year.