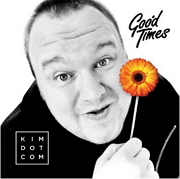 Mega, the cloud hosting service founded by Kim Dotcom, has been growing steadily since its spectacular launch last year.

Considering the controversial reputation of its predecessor Megaupload, copyright holders have been keeping a close eye on the site. Thus far, however, the number of takedown requests received by the company has been relatively small.

Perhaps not completely unexpectedly, among the takedown requests that do come in are many that wrongfully request the takedown of perfectly legitimate files. This was illustrated earlier this week when Kim Dotcom’s official album Good Times was removed following a complaint.

The album was released by Dotcom earlier this year and he has been sharing it via his website ever since. The link in question points to Mega where people can download it for free, but a few days ago it suddenly disappeared.

To find out why the album was removed we contacted Mega for an explanation. The company informed us that music industry group IFPI requested the removal of Dotcom’s album through a takedown request sent on September 1.

Representing the major record labels, IFPI claimed that the link infringed on the copyrights of one of their artists. IFPI listed several musicians but Kim Dotcom was not one of them.

TorrentFreak also contacted Kim Dotcom, who asked Mega to reinstate the album, which they did. All in all the album was unavailable for about a day.

While a mistake is easily made, this is not the first time that IFPI has tried to remove Dotcom’s album from Mega. A similar request was sent on August 18, this time claiming that it was a copyright infringement of Kimbra’s “The Golden Echo.”

IFPI’s actions have been sloppy, to say the least, and Mega’s Chief Compliance Officer has little faith in the accuracy of the music group’s other takedown requests.

“This is an indication that someone at the IFPI is not doing their homework and that their takedown notices in general cannot be trusted,” Hall tells TorrentFreak.

Unfortunately these kind of mistakes are not an isolated incident. For example, before Kim Dotcom’s Megaupload was shutdown early 2012 the site received many erroneous takedown notices.

“During the Megaupload days over 20% of all takedown notices were bogus,” Dotcom told us previously.

“We analyzed big samples of notices and most were automated keyword based takedowns that affected a lot of legitimate files. The abuse of the takedown system is so severe that no service provider can rely on takedown notices for a fair repeat infringer policy.”

A policy to punish copyright holders who make repeated mistakes, on the other hand, might be worth considering.