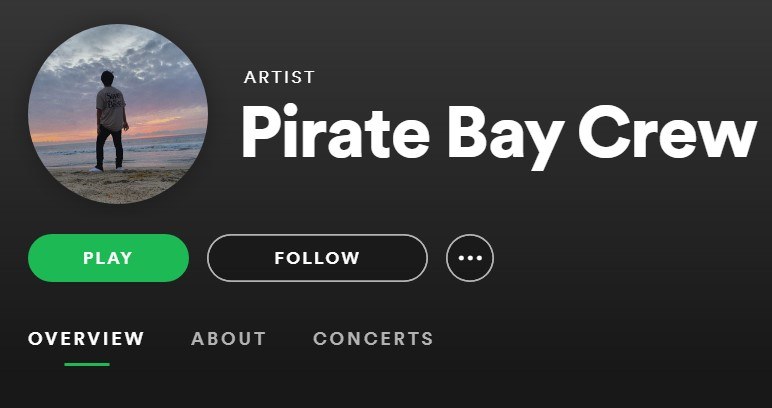 Despite the increased availability of legal options, millions of people still stream, rip, or download MP3s from unofficial sources.

These sites are a thorn in the side of the RIAA, which combats this in part by sending DMCA notices.

Since some sites are not responsive to these takedown requests, the music industry group also involves third-party services such as Google. In recent years, the RIAA has reported nearly 100 million ‘pirate’ links to the popular search engine, with no end in sight.

The majority of these reported URLs relate to torrent sites such as The Pirate Bay or file-hosting platforms like Dbree. However, this week we spotted a new trend. In addition to classic pirate sites, the RIAA is reporting links on legal streaming services as well.

This month alone, we have spotted multiple takedown notices on Lumen with URLs from Spotify, Deezer, Apple Music, Amazon and Tidal. According to the RIAA’s notices, these services all host infringing content.

While we initially assumed that the RIAA’s takedown filters were going haywire, there is more going on here.

For example, a few days ago the RIAA sent a takedown request to Google asking it to remove 50 Spotify URLs. According to the notice, these URLs infringe the copyright of Boza’s track ‘Hecha Pa’ Mi.’

When we look at the URLs, these indeed all link to ‘Hecha Pa’ Mi’ tracks. Some are remixes or karaoke versions and others could have simply been copied. Interestingly, many of these are published by ‘verified‘ artists, including some with more than a million monthly listeners. 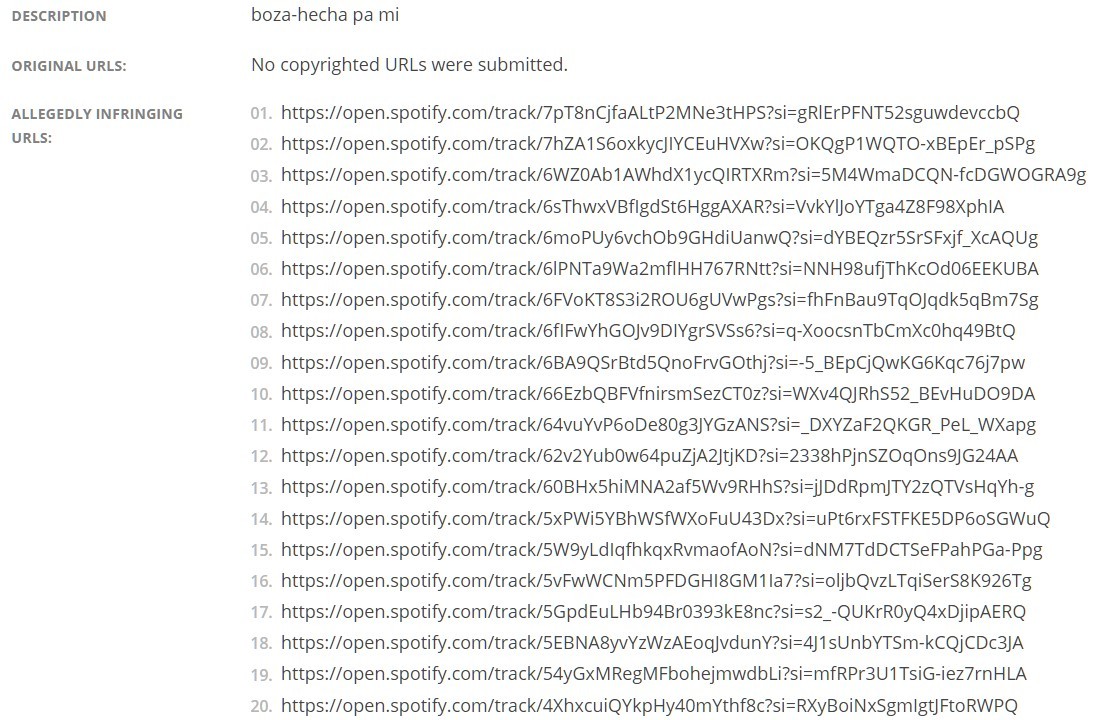 We don’t know whether these tracks are licensed, but the RIAA clearly doesn’t think so. This is not the only problem as the RIAA has identified many other problematic Spotify links over the past month too.

Some of the links point to podcasts, which have since been removed. However, there are plenty of other ‘infringing’ tracks as well.

This issue isn’t limited to Spotify either. When we took a closer look at the RIAA’s recent takedown notices sent to Google, hundreds of links to legitimate streaming services popped up.

There are notices linking to ‘infringing’ music on Deezer for example. And the same applies to Tidal, Apple Music, Amazon. The list goes on and on.

We asked the RIAA to explain what the precise problem is with these URLs, but the organization did not respond to our request for comment. That leaves us no other option than to speculate.

Since the reported links don’t identify the official artists and tracks, we assume that there is indeed a copyright issue. Interestingly, however, Google has decided not to take any action, keeping these URLs in its search engine.

Why Ask Google to Take Action?

Google likely believes that these music streaming platforms are better equipped to determine whether the content is infringing. That would make sense indeed and it’s strange that Google is being involved.

When we tried to load the “infringing” URLs on the streaming services, most now point to removed content. Others still show the problematic tracks but can no longer be played.

Whatever the RIAA’s motivation, it’s safe to say that copyright issues are not limited to pirate sites or platforms such as Google and Twitter. the RIAA is known to criticize the latter, but it looks like there are internal music industry challenges as well.