The Dissident: Uploaded to Torrent Sites For Exposure, Delisted Via DMCA 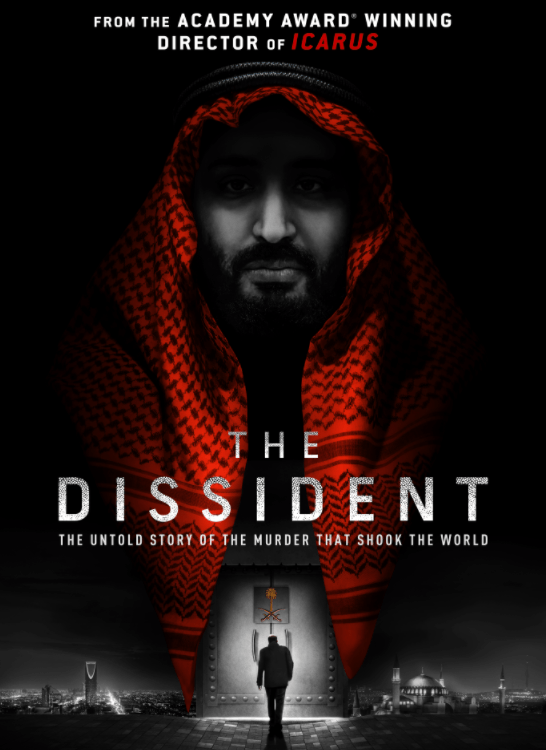 In 2018, the brutal killing of Washington Post columnist Jamal Khashoggi shocked the world.

Born in Saudi Arabia, Khashoggi became an advocate for human rights and free speech within his home country, something that caused a breakdown in his relationship with the ruling family.

In an ominous sign of things to come, that included Crown Prince Mohammed bin Salman, the heir-designate to the kingdom’s throne.

After walking into the Saudi consulate in Istanbul to obtain papers for his upcoming marriage, a team of Saudi operatives first strangled and then dismembered the journalist while his fiancée waited for him outside. Turkish officials later released an audio recording of Khashoggi’s killing, claiming that the murder had been carried out on the orders of Mohammed bin Salman.

The horrific story caught the attention of director Bryan Fogel, who in response began working on his tell-all documentary ‘The Dissident’. It received critical appraise at the 2020 Sundance Festival but finding a distributor for the film would prove less than straightforward.

Netflix, which had previously released Fogel’s hit documentary “Icarus”, showed little interest. The same was true for Amazon and Apple who, in Fogel’s view, found his documentary too explosive.

The Dissident finally found a distributor in Briarcliff Entertainment, which gave the documentary a limited release late 2020 and more broadly via VOD platforms in January 2021. However, according to director Bryan Fogel, some people connected to the documentary have been attempting distribution via more controversial platforms too.

In a January interview with Variety, Fogel spoke of the difficulties he faced getting the movie seen on a broad scale. He had hoped to secure a distribution deal with a major platform, to create global awareness of this extraordinary event and the politics surrounding it. But with the major players stepping aside, that wasn’t to be the case.

“[W]hat I wanted was for this film to be streaming into 200 million households around the world. I wanted people to have easy access to it. Instead we pieced together global distribution here and there,” he said.

But while these distribution deals have played their part in raising awareness, something else has been playing out behind the scenes. In an interview with GQ published Wednesday, Fogel revealed that Omar Abdulaziz, an exiled Saudi Arabian dissident video blogger and former friend of Khashoggi, who also featured in The Dissident, has been involved in unconventional distribution in the Arab world.

“Omar’s told me that [the movie] really had an impact, and that they’ve put it up on all the BitTorrent sites or whatever. There are platforms in the Arab world for the people who really need to see this film. And that he’s had thousands if not tens of thousands of responses. That’s really good,” Fogel revealed.

This strategy appears to have worked. Statistics gathered by TorrentFreak show that the movie is shared relatively often from Saudi Arabia. On several days, it was the second country in terms of popularity, just behind the United States.

Even before BitTorrent’s mainstream rise to fame, the protocol was generating excitement among those who believed that access to information should be universal. Not only was BitTorrent proven to be extremely good at shifting large files, but it also placed the publication and distribution of content into the hands of ordinary people, no official middlemen required.

Of course, this caused huge disruption but even now, coming up to two decades later, the copyright industries and indeed government entities only have limited ability to stop the dissemination of information – whatever that may be – on a global scale. This makes BitTorrent an ideal choice for spreading the message contained in The Dissident, especially in countries like Saudi Arabia, where a licensing deal would be all but impossible.

That being said, there now appears to be a huge conflict of ideals. Should The Dissident flow freely across borders for the greater good at zero cost to consumers? Or should Briarcliff Entertainment be financially rewarded for taking a substantial risk on the movie when Netflix, Apple and Amazon decided it was too controversial?

After learning of the BitTorrent distribution efforts of Omar and his associates, TorrentFreak’s interest was piqued. While torrent sites are ideal for spreading an important documentary into regions where it could be banned, censored, or simply unavailable, torrent sites themselves are already targets for silencing under the DMCA.

Indeed, it appears that Briarcliff Entertainment and Omar and his associates are heading in different directions. Since the start of 2021, the distributor has been sending large volumes of DMCA takedown notices in order to have links to pirated copies of The Dissident removed from Google’s indexes. (Samples here: 1,2,3,4,5) 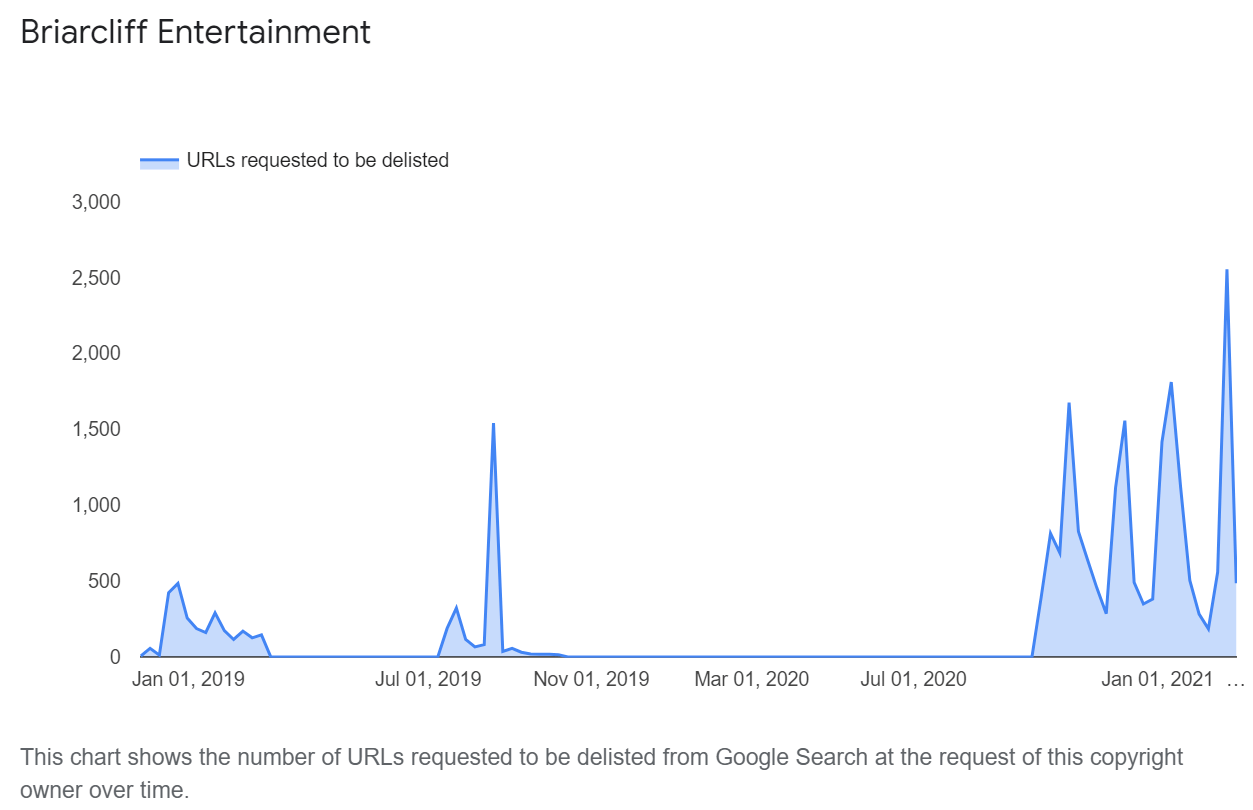 Not all of the notices sent by Briarcliff target The Dissident (many target links to the Liam Neeson film The Marksman) but there can be no question that countless URLs linking to Fogel’s movie are being delisted from Google’s search results. If copyright holders are to be believed, Google is a prime place for people to find ‘pirated’ content and, in this case, The Dissident.

In Saudia Arabia, for example, this is of particular significance. According to Alexa, Google.com is the kingdom’s most visited site, making it a key platform to find links to torrent sites offering the film for download. The delisting campaign is making this much more difficult, running counter to Omar’s work.

A Clash of Ideals?

Given these apparently conflicting interests, between preventing piracy and trying to distribute the message of The Dissident to the largest audience, particularly people in more restricted territories, TorrentFreak contacted Briarcliff Entertainment for comment. We also contacted MUSO, one of the anti-piracy companies carrying out the Google delisting campaign.

At the time of writing neither has responded. The lack of response is perhaps understandable – this is an extremely emotive situation.

On the one hand, Briarcliff has every right to take action to protect its rights and in the company’s opinion, probably its profits too. On the other, people like Omar and Fogel will no doubt feel a duty to do whatever they can to inform the world and protect people like Khashoggi from a similar fate. That will require intense pressure, not to mention change.

Of course, none of that comes without cost implications – in more ways than one.