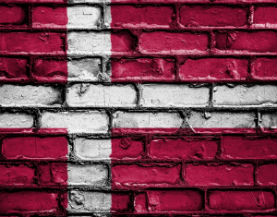 For more than a decade, Denmark has been a a frontrunner when it comes to pirate site blockades.

Not much later, Denmark became the first European country to force an ISP to block access to The Pirate Bay. Since then, many other pirate sites have received the same treatment.

The Danish model is seen as a prime example by copyright holders worldwide, partly because of successes in court but also due to a voluntary agreement which requires local ISPs to follow these orders, even if they’re not sued.

When copyright holders win a court case against a single ISP, others have agreed to follow suit. According to the local anti-piracy group Rights Alliance, which is at the center of these legal battles, this covers roughly 95% of all residential Internet users.

The system works pretty well, from the perspective of copyright holders, but there have been challenges as well. Many of the blocked sites switch to new URLs or become available through proxy sites, for example. To address this, the voluntary agreement was updated recently.

TorrentFreak spoke to Rights Alliance, which clarified that so-called “dynamic” blocks were already an option. However, with the new code of conduct, they can be implemented faster as the owners of alleged pirate sites no longer have to be notified if there’s no contact address listed.

“The illegal market is constantly evolving, and so it has been necessary to revise the agreement in order to keep up with the creative behavior of the criminals who circumvent the blockades,” Rights Alliance explains.

In return, Rights Alliance now carries responsibility for any overblocking that may occur. The anti-piracy group doesn’t see any issues on this front, however, and is pleased that it can implement these dynamic blocks more swiftly.

“The crucial thing about dynamic blocking is that the court does not have to decide on each of the new addresses if they offer the same illegal content. The Rights Alliance is tasked with identifying the new addresses and passing them on to ISPs so that they can be blocked,” the group notes.

The agreement was also updated to allow for local .dk domains to be blocked. These were previously exempted, as rightsholders could address their concerns directly with the registrar. However, that has proven to be a complicated process.

Future Updates May Be Needed

The Rights Alliance is happy with the changes, but it believes that there’s more to come. When pirate sites continue to adapt to evade blocking measures, the agreement will also be updated in response.

“We can already see developments in illegal live streaming, with the use of so-called cyberlockers and the use of alternative DNS services. It is a priority for the Rights Alliance to ensure that this operational part of enforcement follows developments so that effective action can be taken against online criminals.”

At the time of writing, Danish ISPs block a total of 478 sites, which is up from roughly 100 less than three years ago. A recent report revealed that the blocks drastically reduce traffic to pirate sites. However, the number of pirating users remains stable, as they use VPNs and other tools to bypass the restrictions.