Screener Piracy Season Kicks Off With Louis C.K.’s ‘I Love You, Daddy’ 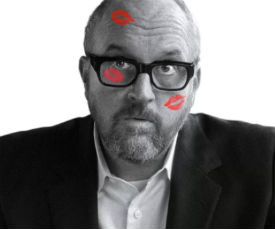 Towards the end of the year, movie screeners are sent out to industry insiders who cast their votes for the Oscars and other awards.

It’s a highly anticipated time for pirates who hope to get copies of the latest blockbusters early, which is traditionally what happens.

Last year the action started relatively late. It took until January before the first leak surfaced – Denzel Washington’s Fences –
but more than a dozen made their way online soon after.

Today the first leak of the new screener season started to populate various pirate sites, Louis C.K.’s “I Love You, Daddy.” It was released by the infamous “Hive-CM8” group which also made headlines in previous years.

“I Love You, Daddy” was carefully chosen, according to a message posted in the release notes. Last month distributor The Orchard chose to cancel the film from its schedule after Louis C.K. was accused of sexual misconduct. With uncertainty surrounding the film’s release, “Hive-CM8” decided to get it out.

“We decided to let this one title go out this month, since it never made it to the cinema, and nobody knows if it ever will go to retail at all,” Hive-CM8 write in their NFO.

“Either way their is no perfect time to release it anyway, but we think it would be a waste to let a great Louis C.K. go unwatched and nobody can even see or buy it,” they add.

I Love You, Daddy 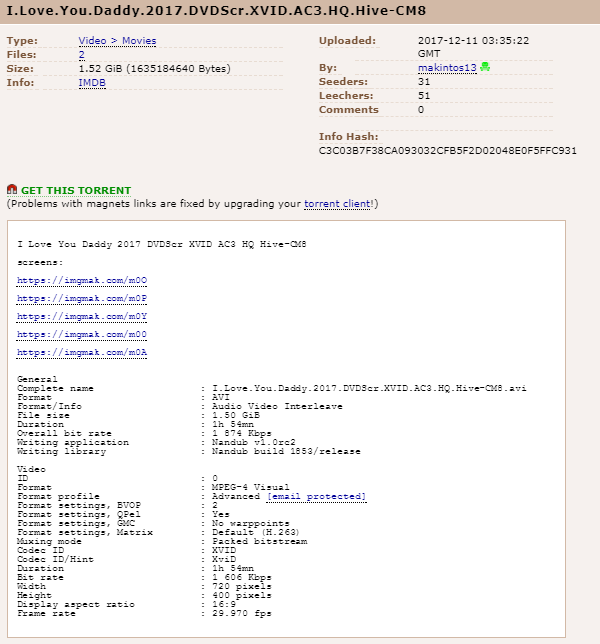 It is no surprise that the group put some thought into their decision. In 2015 they published several movies before their theatrical release, for which they later offered an apology, stating that this wasn’t acceptable.

Last year this stance was reiterated, noting that they would not leak any screeners before Christmas. Today’s release shows that this isn’t a golden rule, but it’s unlikely that they will push any big titles before they’re out in theaters.

“I Love You, Daddy” isn’t going to be seen in theaters anytime soon, but it might see an official release. This past weekend, news broke that Louis C.K. had bought back the rights from The Orchard and must pay back marketing costs, including a payment for the 12,000 screeners that were sent out.

Hive-CM8, meanwhile, suggest that they have more screeners in hand, although their collection isn’t yet complete.

“We are still missing some titles, anyone want to share for the collection? Yes we want to have them all if possible, we are collectors, we don’t want to release them all,” they write.

Finally, the group also has some disappointing news for Star Wars fans who are looking for an early copy of “The Last Jedi.” Hive-CM8 is not going to release it.

“Their will be no starwars from us, sorry wont happen,” they write.