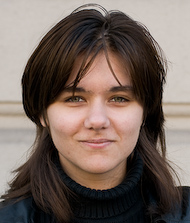 The treaty was eventually passed in early November and became effective December 1st 2009.

While one of the positions created by the treaty – that of the President – was filled immediately and set to work, the same can’t be said of the elected representatives in the European Parliament. To date, there has been no information on when the new elected representatives, from all around Europe will take office.

Piratpartiet’s (sole) MEP, Christian Engstrom, is not happy with the way things are being handled.

“Personally I find it difficult to understand why they can put the unelected president in office from day one, but don’t even have a plan for how to get the elected representatives of the people there,” Engstrom told TorrentFreak.

When the Pirate Party’s representative-in-waiting – 22 year old Amelia Andersdotter – and the 17 other new Parliament members will be seated is anyone’s guess. It is particularly pressing for the small parties like Piratpartiet though, where the second seat will help increase funding and enable the parties to function better.

What effect this snubbing will have in the next round of elections is unclear, but it is unlikely to hurt the Pirate Party in countries such as the UK and Sweden during this year’s national elections. On the contrary, it may even increase support in protest.

Meanwhile, requests for information from the EU on when the MEPs will be seated, have so far gone unanswered.