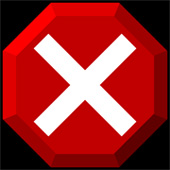 For millions of Internet users around the world the Internet has broken down geographical borders like no other invention in history. Nevertheless, for those looking to consume entertainment online, digital checkpoints still exist in many countries.

Restricting content availability to certain ranges of IP addresses, or ‘geo-blocking’ as it’s know, allows content providers to dictate who gets access to films, TV shows and music, at what price, and when. As a result, citizens of countries such as Australia regularly complain that they’re denied content quickly and then charged more for it when it arrives.

As expected, however, many citizens choose to break down these borders by using VPNs and proxies, which enable them to access services such as Netflix regardless of their region. Last month, Kiwi ISP Slingshot admitted that its VPN-like ‘Global Mode’ service was actually designed to provide its customers with access to Amazon Prime, Hulu, Netflix US, and BBC iPlayer.

Now it appears that the admission will have consequences for Slingshot after a major broadcaster refused to run its ads on copyright grounds.

A spokeswoman for Sky TV confirmed to Stuff that a series of advertisements containing references to Slingshot’s Global Mode were rejected by the company.

“We are a business that pays people who create television so we are against any form of piracy or the undermining of intellectual property rights,” Sky TV spokeswoman Kirsty Way said.

Slingshot general manager Taryn Hamilton decried the move as “unjustified and petty” and said there would be no need for Global Mode if providers would offer content in a timely fashion at a fair price.

“When and if local companies manage to finally crack that, then there will be no need for the service. But, until that time, people will use services like Global Mode so that they can see decent TV without having to get a second mortgage,” Hamilton said.