Copyright holders, on the other hand, portray the same people as greedy criminals who are exploiting their work for financial gain, subjecting the public to malicious ads.

While there is no standard torrent site owner, the truth often lies somewhere in the middle. Many site owners make money but not the millions that are sometimes claimed. And yes most sites have shady ads, but that’s often because these are pushed by the advertising networks they use.

A torrent site without ads is rare, but a few months ago a newcomer appeared that promised just that.

When Skytorrents first showed up, advertising an ad-free and privacy-focused service, we were skeptical. They wouldn’t be the first to start this way but change their tune when visitors started coming in.

However, months later the site is still around, so we decided to ask why they do what they do and how they are able to survive.

“We will NEVER place any ads. The site will remain ad-free or it will shut down. When our funds dry up, we will go for donations. We can also handover to someone with similar intent, interests, and the goal of a private and ad-free world,” Skytorrents’ operator informed us.

“The main motivation is to showcase an ad-free experience to users. We are giving something good back to society.”

Setting up a torrent site without ads isn’t hard, but the privacy element is trickier. To achieve this Skytorrents has had to make a lot of concessions, both in design and the general functioning of the site. 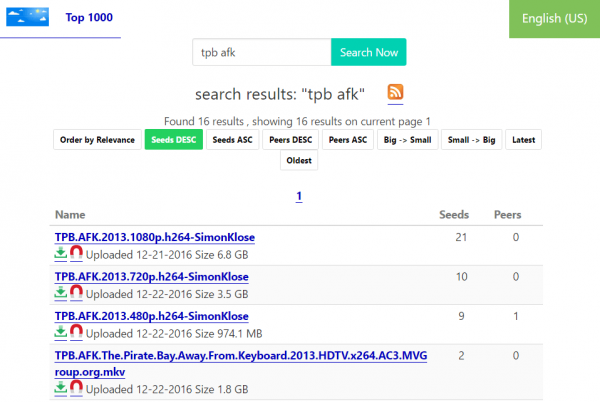 Users will not be able to create an account, for example, as that created a weak spot. The same is true for Javascript, which isn’t used at all.

The result is a surprisingly fast and clean search engine, that runs from a CentOS operated server with a bunch of C code, but without common tools such as PHP or MySQL.

As for the torrents, these are all collected from BitTorrent’s DHT network. Before they are listed all torrents have to pass through two spam detection algorithms which get better and better every day.

In addition, there is also a separate tool that “confirms” torrents to be genuine. While 99% of the torrents are spam-free already, for “genuine” torrents this goes up to nearly 100%.

“We also have another algorithm which validates and marks genuine torrents. However, note that 99% of listed torrents are spam free. A genuine marked torrent can be assured 99.99 % of the time,” Skytorrents’ operator says.

At the time of writing, Skytorrents lists 12,645,486 torrents and the site’s operators plan to keep expanding their database, as well as the number of users while keeping their ad-free and privacy oriented values.

Whether they will be able to pull this off has yet to be seen, but over the past few months they’ve kept their promise.