Last month, we reported on a series of FIFA World Cup-themed domain name seizures by US law enforcement.

Many of the sites had millions of regular visitors who were suddenly confronted with a seizure banner featuring seals of prominent law enforcement outfits. This was also the case for SoccerStreams, one of the main targets.

The seizure banner shocked many regular visitors, but like some of the other platforms, SoccerStreams didn’t immediately concede defeat. Instead, it appeared to relocate to reddit-soccerstreams.net where it continued as usual.

The SoccerStreams operators are no strangers to legal pressure. The site has its roots in a Reddit community that amassed more than 400,000 members. After repeated complaints from rightsholders including the Premier League, the subreddit was eventually banned in 2019.

Following the Reddit ban, a “SoccersStreams” site was launched, presumably by the founders of the subreddit. This turned out to be a successful move as it soon became the UK’s most popular pirate site.

The Premier League was also determined to deal with SoccerStreams, however. In a recent submission to the U.S. Government, it branded the site a “notorious market” among a list of other piracy targets. 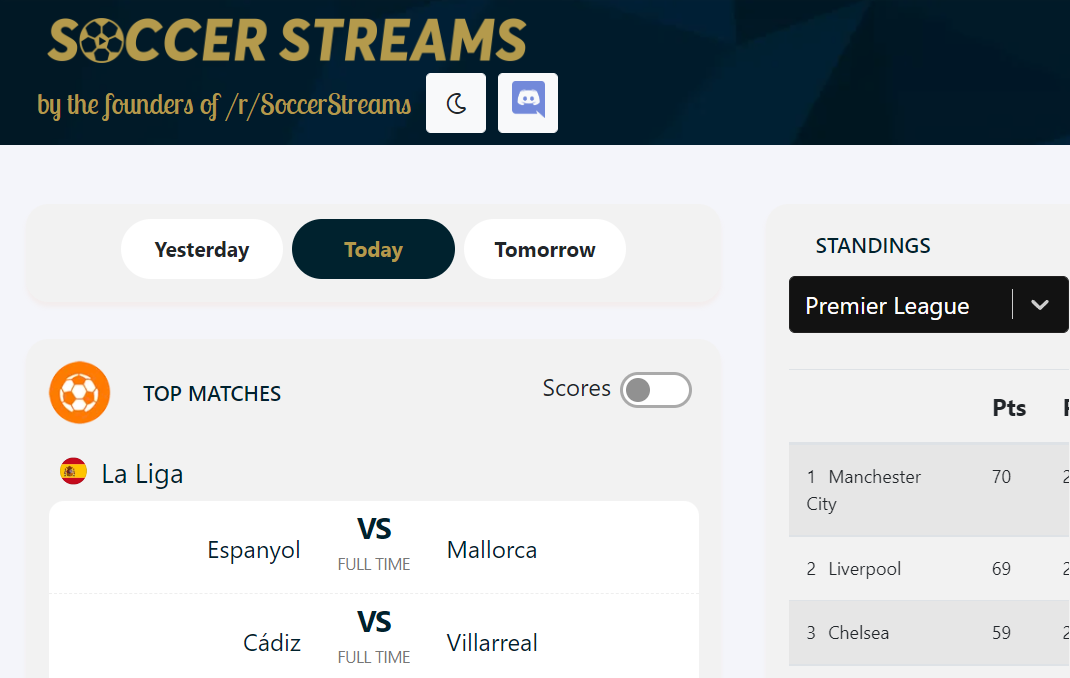 The Premier League’s complaint may not have been the direct cause, but the U.S. Government did eventually seize SoccerStreams.net and SoccerStreams.to. And while the site’s operators staged a near-immediate comeback, this didn’t last.

Game Over for SoccerStreams?

A few hours ago SoccerStreams shut down, replacing its sports stream inventory with a short farewell message for its loyal supporters.

“We are sad to announce that soccerstreams will be shutting down immediately. There will be duplicate websites that pop up to replace us, no doubt, but none of them will be by us.

“Goodbye old friends, see you in another life,” the message concludes, without providing any further detail.

The timing of the shutdown suggests that it may have been motivated by recent domain name seizures carried out by U.S. law enforcement. Fears of criminal prosecution may have played a role too.

However, as the farewell message makes clear, there is no shortage of ‘unofficial’ SoccerStreams clones. And it wouldn’t be a surprise to see ‘loyal’ SoccerStreams users moving on to these or other alternatives.

Whether the SoccerStreams team has given up for good is unknown. There’s always a possibility for sites to continue their activities under a new brand, to shake off the pressure, but in this case that would be pure speculation.

Update: several SoccerStreams affiliated domains such as Totalsportek, NFLbite, and NBAbite initially were unreachable as well. These have since reappeared.