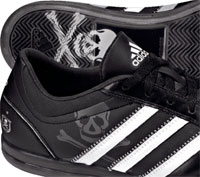 Piracy comes in many flavors and it seems to leave no content publisher untouched. Today the anti-piracy watchdogs at BayTSP have announced they will help a global sports franchise and two of the largest pay-per-view event promoters to track down illegal web streams of live sporting events.

BayTSP told TorrentFreak that it will mainly target rebroadcasts of live TV-signals on popular streaming sites. Those who use their mobile phone to stream their favorite football game when they’re at the stadium are safe, at least for now. BayTSP is already offering a similar service to the movie and music industries for ‘non-live’ clips uploaded to sites like YouTube and Dailymotion.

Illegal broadcasts of live sporting events are nothing new though. The P2P based TVU Networks has been around for years, and allows users to watch and broadcast live TV signals all over the world. With the increase in popularity of services such as Ustream and Stickam the number of illegal streams is growing.

“Since 2006 we’ve seen a steady increase in piracy of sports broadcasts and pay-per-view events, primarily as a result of video streaming technology becoming easier to use,” says BayTSP CEO Mark Ishikawa. “Since broadcasters make the majority of their money from the initial broadcast, they understand the impact that signal theft can have on the bottom line.”

The name BayTSP might sound familiar to BitTorrent users, as they are also sending takedown requests on behalf of the movie and music industries. The company does so by joining BitTorrent swarms to record the alleged infringer’s IP-address and other relevant information. This information is then forwarded to the user’s ISP.

With web based streams, however, it is often impossible to identify the source directly, as their IPs are not broadcasted on the web. “In most cases, take down notices are sent to the site hosting the stream. On some occasions, notices are also sent to the ISP of the hosting site,” BayTSP told TorrentFreak.

Whether the money that the sports broadcasters pay BayTSP will make up for the lost revenue though piracy is a question that remains unanswered.

More Than Half of All Sports Fans Regularly Pirate Content