The Sinclair ZX Spectrum was without doubt one of the most important devices to ever hit the home computing market. Developed by inventor Sir Clive Sinclair, the 8 bit device brought programming, gaming, color and sound to the UK market at very affordable pricing. Bedroom coding had seriously arrived.

After its launch in 1982 it went on to shift millions of units during a decade of production, but then disappeared taking its legendary gaming library with it. With its original adopters all grown up now and with cash to spare, the news that UK-based Elite Systems planned to resurrect the device was met with enthusiasm.

The company launched a Kickstarter campaign titled Bluetooth ZX Spectrum: Recreating the Sinclair ZX Spectrum, with the aim of creating a Bluetooth keyboard that recreates the look and feel of the original computer, complete with its ‘dead flesh’ keyboard. It was covered by dozens of enthusiastic news outlets and retro-gaming forums. 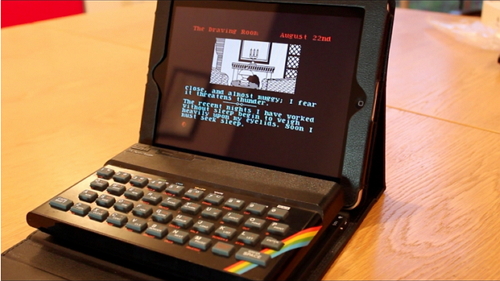 With a plan to interface the device with iOS, Android and Windows and using existing ZX Spectrum emulated games already being distributed by Elite, the Kickstarter was a huge success, reaching and then surpassing its £60,000 goal. But now, on the final day of the campaign, the project has found itself neck-deep in controversy.

Elite Systems already publishes emulated classic ZX Spectrum games on the App Store, and it will be these games that will work with the forthcoming Bluetooth device. However, games developers who created these games are now coming forward to complain that while they signed deals with Elite several years ago, the company hasn’t paid them a penny.

Steve Wetherill was lead programmer on classic Spectrum games Nodes of Yesod and Robin of the Wood. He says that he and his business partner Paul McKenna entered into licensing agreements with Elite in December 2010 to include their Odin Computer Graphics titles in the company’s ZX Spectrum emulator pack on the App Store.

“We received (initially voluntarily, but later upon my prompting) royalty statements from Elite showing sales of the Odin titles. Eventually these statements dried up completely,” Wetherill explains.

“Over time, it became clear that royalties due under the agreement (which were to be paid within 30 days of the end of each calendar quarter) were not being paid. It is now over three years since this agreement was signed and to date no royalties have been paid.”

A classic: The Nodes of Yesod 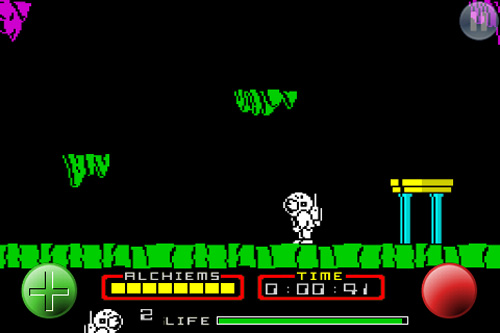 Despite the lack of payment, Elite are still selling Odin titles on the App Store. Wetherill says he isn’t the only one suffering, with at least six other developers confirming that the have not received any payment for their games. In another case Elite are said to be using games without any permission at all.

“I am the author of Starquake, Firelord, and Wizards Lair for the ZX Spectrum. Like the other game developers here Elite Systems have been selling my games illegally, with no rights or contract to do so and making money from my original work which I hold all rights to,” developer Steve Crow explains.

Crow, who says that Elite have a history of selling games without permission, also notes an interview carried out by Pocket Gamer with former double Olympic gold medalist Daley Thompson, whose image was recreated in Spectrum button-bashing classic Daley Thompson’s Decathalon. The former athlete said that Elite approached him to be involved in an iOS release of the game but when he turned them down they included him anyway.

“Elite actually launched that game without my permission and without the official license,” Thompson explained. “It asked if I wanted to be involved in the project and I declined. Elite just went ahead and published it, anyway.”

Kickstarter backers have been calling for a public statement from Elite Systems on why they are developing a product designed to play games they haven’t paid for, but so far there has been no comment from the company.

TorrentFreak’s email to Elite with a request for comment has not been returned.