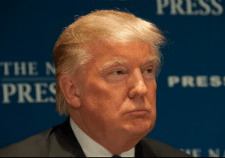 In an open letter published this week, Internet Association president and CEO Michael Beckerman urges President-elect Donald Trump to consider the importance of the connected industries and their contribution to the economy.

“Congratulations on your recent election. The Internet Association and its 40 member companies are writing to you today because innovation emerging from America’s internet industry drives significant economic growth throughout our economy,” Beckerman writes.

“Businesses of all sizes are able to connect with new customers at the touch of a button and compete on a global scale in ways impossible just a decade ago.”

Noting that the internet sector accounted for nearly $1 trillion of GDP in 2014, Beckerman says that the Internet was built on an open architecture that lowers barriers to entry, fosters innovation, and empowers choice. He urges Trump to consider the importance of the connected industries alongside a “roadmap of key policy areas,” compiled by the Internet Association (IA), that will allow the Internet to thrive.

Considering that Association members including Google, Facebook, Twitter, and LinkedIn all generate revenue from content posted by users, it’s no surprise that they want Trump to uphold intermediary liability, should that content be infringing. This freedom to operate, they explain, is central to growth and development.

“It is not by accident or chance that the U.S. is the global leader in online innovation. Twenty years ago, internet platforms began to flourish because new laws protected platforms from being held liable for information posted and shared by users,” Beckerman says.

“Intermediary liability laws and policies protect free speech and creativity on the internet. This, in turn, generates substantial value for our economy and society through increased scale, greater diversity, and lowered barriers to entry for creators and entrepreneurs.

“Threats of excessive liability can transform internet service providers and companies, which often lack the knowledge necessary to make legal decisions about the nature of content, into enforcement agents that block user content and make the web less free, innovative, and collaborative.”

The Internet Association says that weakening liability laws would chill innovation and free expression, warning that if its members were held liable for user-uploaded content, 80% of investors would be “less likely” to fund startups. A similar percentage would be wary of investing in companies where legal action might be more likely.

“The safe harbors included in Section 512 of the Digital Millennium Copyright Act (DMCA) provide flexible yet robust parameters from which responsible internet companies can operate in good faith in order to grow and adapt across time and technical evolution,” Beckerman writes.

“Under Section 512, internet platforms receive liability protection only if they meet certain requirements, including the expeditious removal of specific identified content flagged by rights-holders. Safe harbors provide flexibility that creates a future-proof framework in which private parties are incentivized to efficiently comply with the law and work collaboratively on private sector efforts tailored to the unique needs of platforms and creators.”

The Internet Association chief goes on to describe the legal certainty provided by the DMCA’s safe harbors as the “gold standard worldwide” for fostering innovation, adding that its takedown mechanisms assist both copyright holders and service providers to provide platforms for lawful consumption.

“Under the shared responsibilities of the notice and takedown system, both rights holders and digital platforms have flourished as consumers increasingly rely on the internet for access to legal content. Efforts to weaken the safe harbors would create legal uncertainty, force internet companies to police the web, chill innovation and free expression online, and undermine the collaborative framework of the law,” he explains.

“Copyright policies must prioritize the public interest by protecting innovation and freedom of expression online, encouraging new forms of follow-on creative works, and ensuring users have access to legal content. Threats to the flexible framework, such as weakening limitations or exceptions to safe harbors, would create barriers to entry for internet startups and creators, which would deny users the ability to access content online.”

The open letter, which covers a broad range of advice for President-elect Trump, can be found here (pdf), but only time will tell if it will have any effect on current consultations over the future of the DMCA.