The Evil Within 2 Used Denuvo, Then Dumped it Before Launch

At the end of September we reported on a nightmare scenario for videogame anti-tamper technology Denuvo.

With cracking groups chipping away at the system for the past few months, progressing in leaps and bounds, the race to the bottom was almost complete. After aiming to hold off pirates for the first few lucrative weeks and months after launch, the Denuvo-protected Total War: Warhammer 2 fell to pirates in a matter of hours.

In the less than two weeks that have passed since, things haven’t improved much. By most measurements, in fact, the situation appears to have gotten worse.

On Wednesday, action role-playing game Middle Earth: Shadow of War was cracked a day after launch. While this didn’t beat the record set by Warhammer 2, the scene was given an unexpected gift.

Instead of the crack appearing courtesy of scene groups STEAMPUNKS or CPY, which has largely been the tradition thus far this year, old favorite CODEX stepped up to the mark with their own efforts. This means there are now close to half a dozen entities with the ability to defeat Denuvo, which isn’t a good look for the anti-piracy outfit.

A CODEX crack for Denuvo, from nowhere 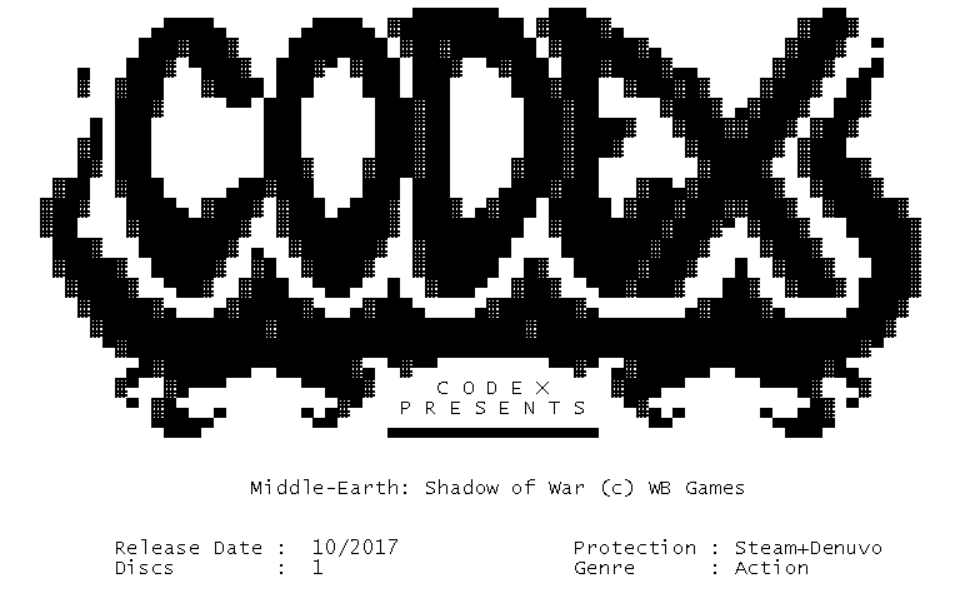 Needless to say, this development was met with absolute glee by pirates, who forgave the additional day taken to crack the game in order to welcome CODEX into the anti-Denuvo club. But while this is bad news for the anti-tamper technology, there could be a worse enemy crossing the horizon – no confidence.

This Tuesday, DSO Gaming reported that it had received a review copy of Bethesda’s then-upcoming survival horror game, The Evil Within 2. The site, which is often a reliable source for Denuvo-related news, confirmed that the code was indeed protected by Denuvo.

As you read this, October 13, 2017, The Evil Within 2 is enjoying its official worldwide launch. Early yesterday afternoon, however, the title leaked early onto the Internet, courtesy of cracking group CODEX.

At first view, it looked like CODEX had cracked Denuvo before the game’s official launch but after the dust had settled, the reality was somewhat different. For reasons best known to developer Bethesda, Denuvo was completely absent from the title. As shown by the title’s NFO (information) file, the only protection present was that provided by Steam. 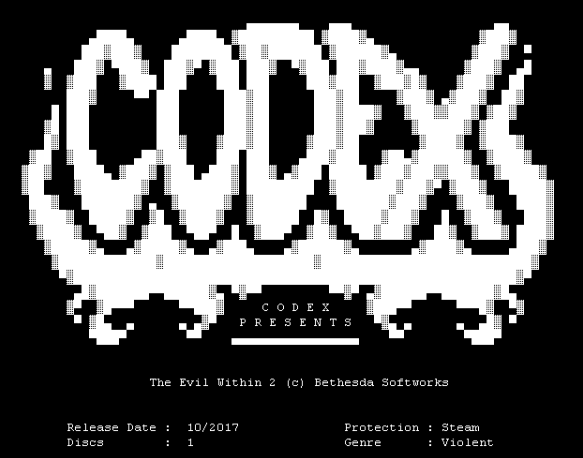 This raises a number of scenarios, none of them good for Denuvo.

One possibility is that all along Bethesda never intended to use Denuvo on the final release. Exactly why we’ll likely never know, but the theory doesn’t really gel with them including it in the review code reviewed by DSO Gaming earlier this week.

The other proposition is that Bethesda witnessed the fiasco around Denuvo’s ‘protection’ in recent days and decided not to invest in something that wasn’t going to provide value for money.

Of course, these theories are going to be pretty difficult to confirm. Denuvo are a pretty confident bunch when things are going their way but they go suspiciously quiet when the tide is turning. Equally, developers tend to keep quiet about their anti-piracy strategies too.

The bottom line though is that if the protection really works and turns in valuable cash, why wouldn’t Bethesda use it as they have done on previous titles including Doom and Prey?

With that question apparently answering itself at the moment, all eyes now turn to Denuvo. Although it has a history of being one of the most successful anti-piracy systems overall, it has taken a massive battering in recent times. Will it recover? Only time will tell but at the moment things couldn’t get much worse.