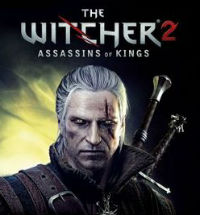 Two weeks ago we first reported that game company CD Projekt, the makers of The Witcher 2, are chasing down alleged file-sharers in Germany. The company urges those who are caught to pay a settlement fee, or face an even higher fine.

This is an interesting approach from a company that earned a lot of credit by releasing DRM-free games. CD Projekt doesn’t want to bug legitimate consumers with DRM, but for some reason they don’t see it as a problem that their piracy witch-hunt will undoubtedly lead to accusing people who haven’t downloaded the game at all.

How easy things can go wrong once again became apparent this week, as a retired woman who doesn’t own a computer or even a router was ordered by the court to pay a hefty fine for downloading a Hooligan movie.

But perhaps we’re wrong. Could it be that CD Projekt has some super-secret technology that magically allows them to identify real people instead of IP-addresses? A comment CD Projekt’s Michal Nowakowski gave to PC Gamerlast week suggests that this is indeed the case.

“We’re addressing only 100% confirmed piracy cases that are 100% possible to prove,” Nowakowski said.

“We are not worried about tracking the wrong people. As this is the trade secret of the company working on this, I cannot share it. However, we investigated the subject before we decided on this move, and we are aware of some past complications.”

The previous complications Nowakowski refers to are the many wrongful accusations that were widely published in the media after the notorious file-sharing lawyers Davenport Lyons started sending out settlement letters to people who allegedly downloaded The Witcher. But this is no longer a concern according to Nowakowski.

“The method used here is targeting only 100% confirmed piracy cases. No innocent person was targeted with the letter so far. At least we have not received any information as of now which would indicate something like that,” he said.

That’s great news of course, if only it were true. The reality is that CD Projekt is making bogus claims. It is by definition impossible to know that the right people are being targeted and there are still many complications that come with the scheme.

Although there are measures that can be taken to improve the quality of the evidence, such as confirming that a certain IP-address is actually sending data, it’s still a fact that an IP-address doesn’t identify a person. The game may have been downloaded by a neighbor over an unsecured WiFi-network for example.

The only identifying evidence CD Projekt can have is an IP-address and a time-stamp, so it is impossible to know with 100% accuracy that the right person is targeted.

While it may be safe to assume that most of the letters do indeed go to the right household, claiming that it’s possible to identify pirates with 100% accuracy is bogus. On the contrary, when you target thousands of people with these pay-up-or-else letters you can be 100% sure that there will be wrongful accusations.

If CD Projekt is not willing to accept that their anti-piracy scheme comes with collateral damage then it would be better if they drop out.

DRM is bad, but demanding cash from people who have never even heard of The Witcher 2 isn’t the best PR for a company either.