Torrentz.eu Domain Unsuspended and Back In Action 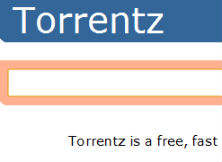 With millions of visitors per day Torrentz is one of the largest torrent sites on the Internet.

Yesterday many of its regular users were in for a surprise though, after their favorite search engine suddenly became unreachable.

It turned out that the site’s domain name registrar, the Poland-based company Nazwa, had suspended the Torrentz.eu domain. This drastic step was taken after they received a letter from the UK’s Police Intellectual Property Crime Unit.

In recent months City of London Police have targeted dozens of domains through their registrars. Some complied, but others refused to take action without a court order, which is appropriate in these cases.

At first Nazwa placed themselves in the first group, as they were quick to suspend the torrentz.eu domain. However, it appears that the company was willing to listen to reason since their initial decision has now been reversed.

The Torrentz team informs TorrentFreak that their lawyer contacted the registrar yesterday afternoon. In a long letter the lawyer explained that the domain can’t simply be held hostage based on a third-party request.

Among other things, this argument is based on an earlier decision by ICANN’s Transfer Dispute Resolution Policy panel which concluded that a court order is required to take such drastic action (although it has to be noted .EU doesn’t fall under ICANN’s TDRP).

While the registrar has not yet replied to the letter, the fact that the old DNS entries have been restored suggests that they admit that the suspension was in error.

The Torrentz team is happy with the outcome thus far and will continue operating from the .eu domain. The site should be accessible again worldwide, at least to those who have the latest DNS information.

The UK’s Police Intellectual Property Crime Unit informs TorrentFreak that the recent efforts to ask registrars to suspend domain names is part of “Operation Creative.” The websites targeted by the police are identified by copyright holders, and then verified by police officers.

Update: Responding to the inquiry we sent yesterday, the police sent the following statement explaining how websites are identified and what actions are taken in response. As with the previous initiatives, such as the pirate site advertising blocklist, these fall under “Operation Creative.”

“As part of Operation Creative, rights holders in the creative industries identify and report copyright infringing websites to PIPCU, providing a detailed package of evidence indicating how the site is involved in illegal copyright infringement. Officers from PIPCU then evaluate the websites and verify whether they are infringing copyright. At the first instance of a website being confirmed as providing copyright infringing content, the site owner is contacted by officers at PIPCU and offered the opportunity to engage with the police, to correct their behaviour and to begin to operate legitimately.”

“If a website fails to comply and engage with the police, then a variety of other tactical options may be used including; contacting the domain registrar informing them of the criminality and seeking suspension of the site and disrupting advertising revenue through the use of an Infringing Website List (IWL) available to those involved in the sale and trading of digital advertising.”