Without prior warning, Torrentz2 suddenly started to return a ‘503 Service Unavailable‘ error two weeks ago.

From one day to the next millions of regular visitors were left in the cold, effectively disconnected from their gateway to dozens of torrent sites.

After more than two weeks have passed, the situation hasn’t changed. The same error is still present on the side and official mirrors, including Torrentz.pl and Torrentsmirror.com have the same problem.

Since our coverage, we have reached out to the operator multiple times, without any response. This is quite unusual, especially since the emails are being delivered just fine.

This isn’t the first problem Torrentz2 has encountered this year. In June, the official Torrentz2.eu domain name was suspended by the EURid registry, an action that was taken following an order from the Belgian Public Prosecutor in Brussels.

In response, Torrentz2 quickly moved to the .is domain name. The current problems, which are technical in nature, don’t seem to be going away easily.

Adding to the mystery, we found out that the official onion domain still gives access to the full site. Not just that, the site’s backend is working too as the search engine continues to be updated with fresh links. 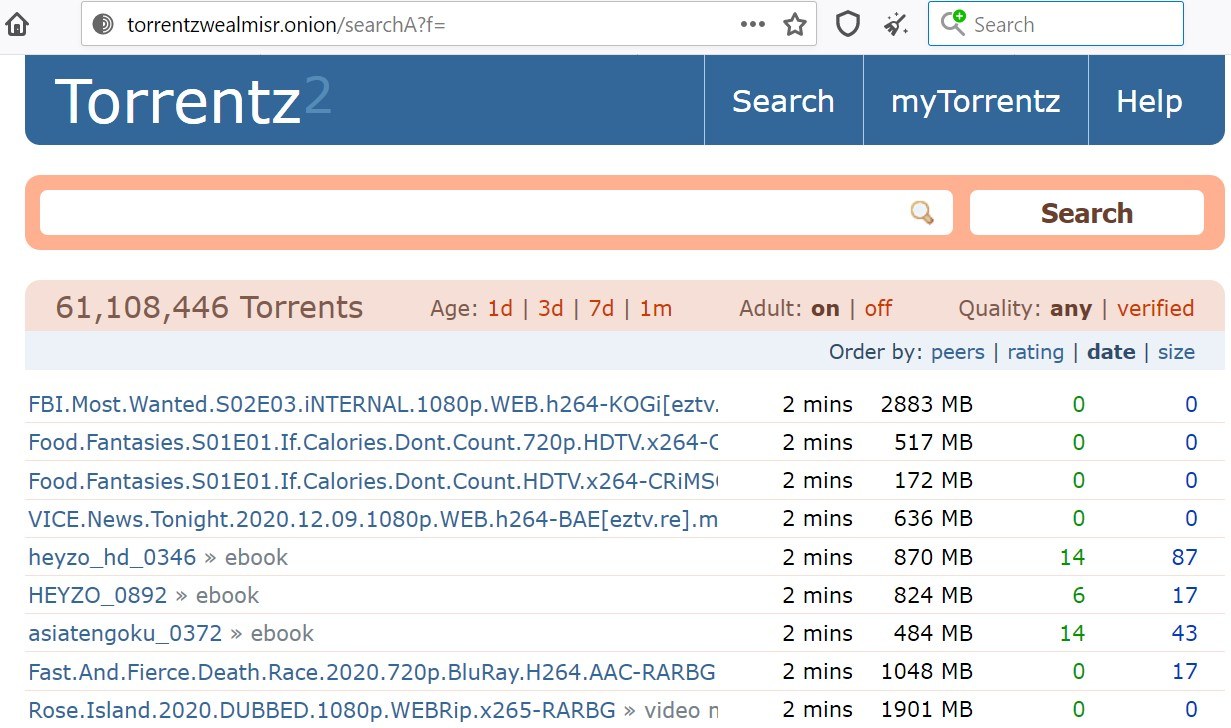 The domain ‘torrentzwealmisr.onion’ wasn’t promoted on the Torrentz2 site over the past months but during the years before it was prominently listed on the site’s footer. So it’s certainly not a copycat.

Through the .onion address people can still access Torrentz2 over the anonymous Tor-network, with the Tor browser for example. In addition, it’s possible to access it through regular browsers by adding .ly to the .onion domain.

Avid Torrentz2 users may welcome this news but it’s unknown whether this is really positive.

There is clearly something ‘broken’ at the main site. In addition, the lack of communication and action from the operator is troubling. Yes, the onion domain works, but for how long?

The problems at Torrentz2 are not just affecting the site’s operator and users, third-party torrent sites are also feeling it too. Some smaller torrent sites received a lot of traffic from the meta-search engine. That traffic is now missing.

For now, it appears that the uncertainty around Torrentz2’s future will continue. We will keep an eye on the situation and if there’s any news we’ll report on it in due course.

Update December 18: The Tor domain hasn’t been updated with new content for nearly a week.