Very generally there are three types of torrent site, each requiring a different level of commitment from the user.

Gaining access to this latter category can vary from a fairly simple process to an almost impossible one. Some private sites let new members sign up via an ordinary page with no additional restrictions but many operate an invite-only regime and are very strict about who should obtain them.

The first hurdle, trading and cash

Herein lies the problem. If a user wants access to BestTrackerInTheWorld.com he needs to have an online buddy already on the site with invites to spare – if he doesn’t then he can’t get in. However, there are ways for people to obtain invites without having any ‘real’ friends at all.

Firstly, there are sites around where people in possession of invites to site X are able to trade them with people who have invites to site Y. By sharing in this fashion a user with access to a couple of sites’ invites can find himself with double or triple the amount, if he plays the game cautiously.

This activity is strictly against the rules of many private trackers but that doesn’t stop those wishing to trade. Many traders build up vast collections of invites which are not only valuable in terms of the access they provide, but in a real monetary way too. And when there’s cash on the table, getting access to that all-important first invite isn’t hard at all.

There are plenty of places online where people can buy an invitation to a low-end private tracker for just a few bucks. Furthermore, those with deep pockets should have no problems gaining access to even the most exclusive private trackers, providing the price is right. 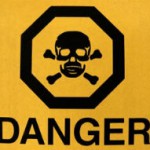 At this point many admins, moderators, staffers and users of private torrent sites will be screaming at the screen. Trading and selling invites is almost always completely banned on invite-only sites and those who participate in either activity are often viewed as the lowest of the low.

“These scum put our security in jeopardy,” a moderator of one site told TorrentFreak.

“Any anti-piracy company can buy an invite and put the whole site at risk. We don’t want traders on the tracker and them being there undermines our work.”

However, trackers do allow members who have proved themselves in some way to give out a few invitations of their own. They are supposed to do this carefully, to people they already trust and only to those who will contribute positively to the site. But how can site operators be sure that’s going to happen?

“Well if they screw up and invite a trader/seller/cheater whatever, they’re gonna get their account banned aren’t they?” a staffer on another site told us.

But just as an anti-piracy company might threaten a file-sharer with prosecution for his transgressions (and be completely ignored of course), invite sellers and traders don’t follow tracker rules either.

Getting organized – trading and selling invites on the web

One site that aims to drive a bus through the invite wall is TorrentInvites.org (TI). This site and its users give away and sell/trade invites (plus other items such as seedboxes) and its operator is only too aware that his work is unappreciated by many private trackers.

“I know that trackers are calling us scumbags or whatever, because they want users to invite only REAL friends on their sites. But come on… we’re in 2013. The power of the net is HUGE and our virtual friends are (unfortunately in my opinion) in many cases more than our real friends,” he told TorrentFreak.

“I find it funny that these guys who are breaking federal copyright laws are calling us scumbags, because we are breaking their (shitty in my opinion) anti-trading and anti-selling invites rules.”

We asked the operator of one private tracker for his opinion of TI and while he didn’t use the word ‘scumbag’ he did get to the point in a four letter word that you rarely hear even in the movies. He also threatened to nuke anyone even slightly associated with the site. However, the admin of TI doesn’t see his operation as the natural enemy of torrent sites.

“We are just giving the chance to many thousands of users to join some good private trackers. To users who are not lucky enough to have real friends to invite them. To users who can prove in the near future that they really deserved this chance,” TI explains.

While the trackers’ stance is understandable, to his credit TI does put forward what appear to be some logical arguments in support of his operation being of use to trackers.

“A guy who is willing to pay for an invite is probably the kind of user who is going to donate to a tracker as well. I think it makes sense!” he says.

“Another interesting example. Let’s suppose that an HDBits.org account costs $200. A guy doesn’t really need his account and he is selling it to another user. Isn’t it obvious that the new owner needs it more and will make better use of the account than the previous user?

“What trackers want are good users. Why the hell will they ban this account if they find out
that there was a deal involved? If [the trackers] would let each user to do whatever he likes with his account, after a while they would have the best possible user base.”

Countering, the retired sysop of another tracker told us that anyone buying invites for large amounts of cash should always be viewed with suspicion as anti-piracy outfits tend to have deep pockets. That may well be, but aren’t they also just as capable of infiltrating communities, making online ‘friends’ and obtaining invites for free?

“I’m sure it happens but we wanted to try to reduce the odds,” he said. “I don’t know if it worked or not, all I can say is that it seemed effective at the time. What I hated most was seeing some kid punting our invites all over the place and making good money when we were struggling to pay our server bills.”

While the sysop above clearly wasn’t prepared to step over the line and sell his own invites, there are quite a few sites who are currently doing that.

Visitors to some of the larger private trackers will be aware that while the sites are advertised as full, room can apparently be made for those prepared to donate in return for an invite. However, while not always advertised as blatantly as this, other sites are indeed involved in selling their own invites.

One trader who asked to remain anonymous told TorrentFreak that over the past year he has obtained an official supply of invites from almost a dozen private trackers which he sells and sends back a cut.

“Some they are wanting me to sell invites only to the best users but others they do not care about it,” he explains. “I give them money and they give me invites, beyond that does not concern me.”

Selling, trading or giving away – can security ever be assured?

TI notes that just because an invite channel is official – whether that is via the site itself or some other sanctioned source – it doesn’t necessarily follow that the quality of new members will be high.

“Just keep in mind that MANY (bad) users are getting invites in a ‘legit’ way, through tracker’s forums or official recruitment threads [on sites such as Reddit etc] and they are selling/trading these invites,” he concludes.

The issue of invites is controversial and unlikely to disappear soon. Trackers obviously have an interest in having some sort of control over who gets them when their security is at stake. On the other hand, however, trackers themselves are giving invites to people that they do not personally know yet are asking their members not to follow suit.

In the meantime sites like TI ignore all the rules in order to give the community what they believe it really wants. Who is right? You decide…