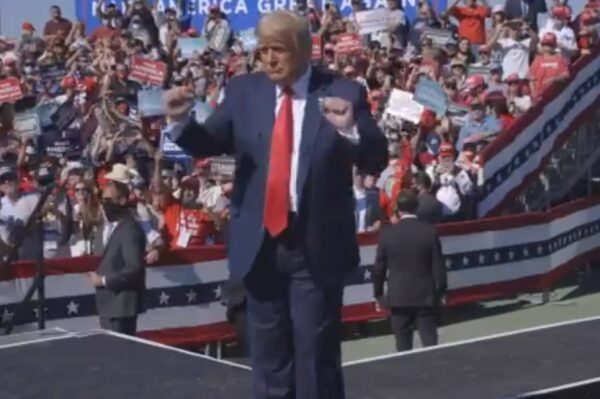 When President Trump took office in early 2017, copyright holders hoped to have found a new ally in their fight against piracy.

The Copyright Alliance made this very clear in a public letter stressing that few presidents, if any, have had a more sizable and diverse copyright portfolio.

In the past, many creators and artists would have been flattered if a US president had used their work in public but with Trump, things are different. Many musicians don’t even want to be associated with the president even if they get paid for it.

This has resulted in several lawsuits. In addition, there has been a flurry of takedown requests asking Twitter to remove music and other media tweeted by the president.

Today we can add another complaint to the list, one with a twist. The takedown notices, which are first reported here, target a tweet published by Trump on election day. It consists of the three words “VOTE! VOTE! VOTE!” and ‘retweets’ a video compilation of Trump dancing to ‘YMCA’ from the Village People. 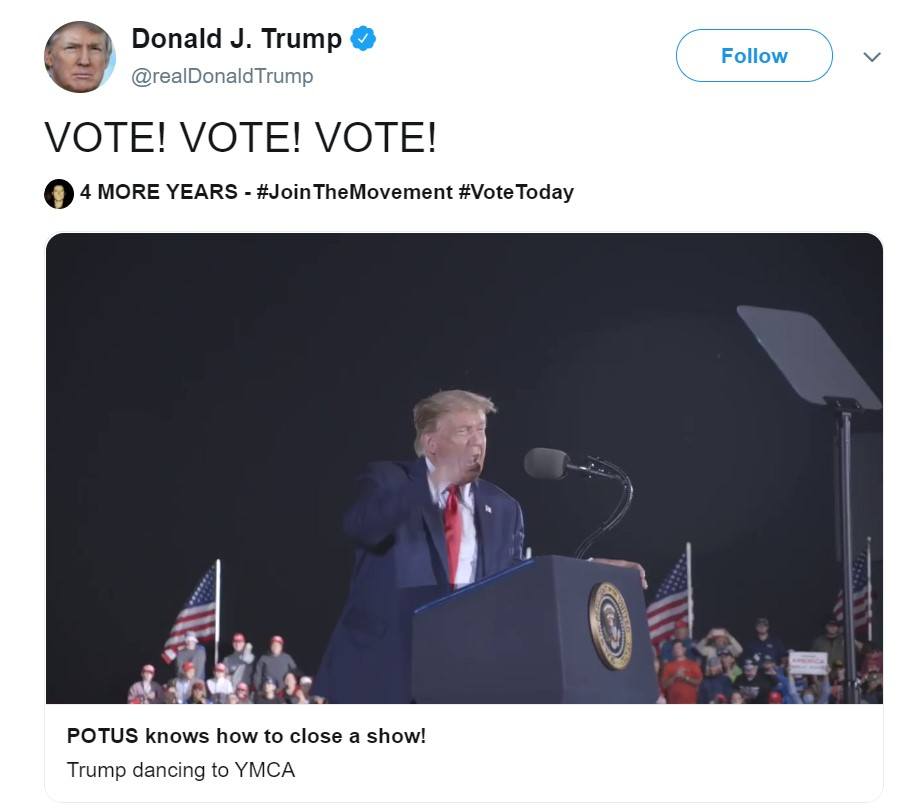 It is no secret that the Village People are not all fans of the president as the group’s label ‘Scorpio Music’ recently threatened to file a lawsuit over the allegedly unauthorized use of their track during campaign rallies. And indeed, soon after Trump tweeted his message, not one but two takedown notices came in.

We tracked down the notices in the Lumen Database. The first one was sent by the anti-piracy company Web Sheriff, which often represents the Village People. Soon after, another one was sent by the Sheriff, this time on behalf of music publishers ‘Can’t Stop Production’ and ‘Scorpio Music.’

The notices were sent on November 4 but remained unpublished until this week, when Twitter removed the allegedly infringing video as well. The accompanying “VOTE! VOTE! VOTE!” text was deleted too, but likely by Trump himself or someone with access to his account. 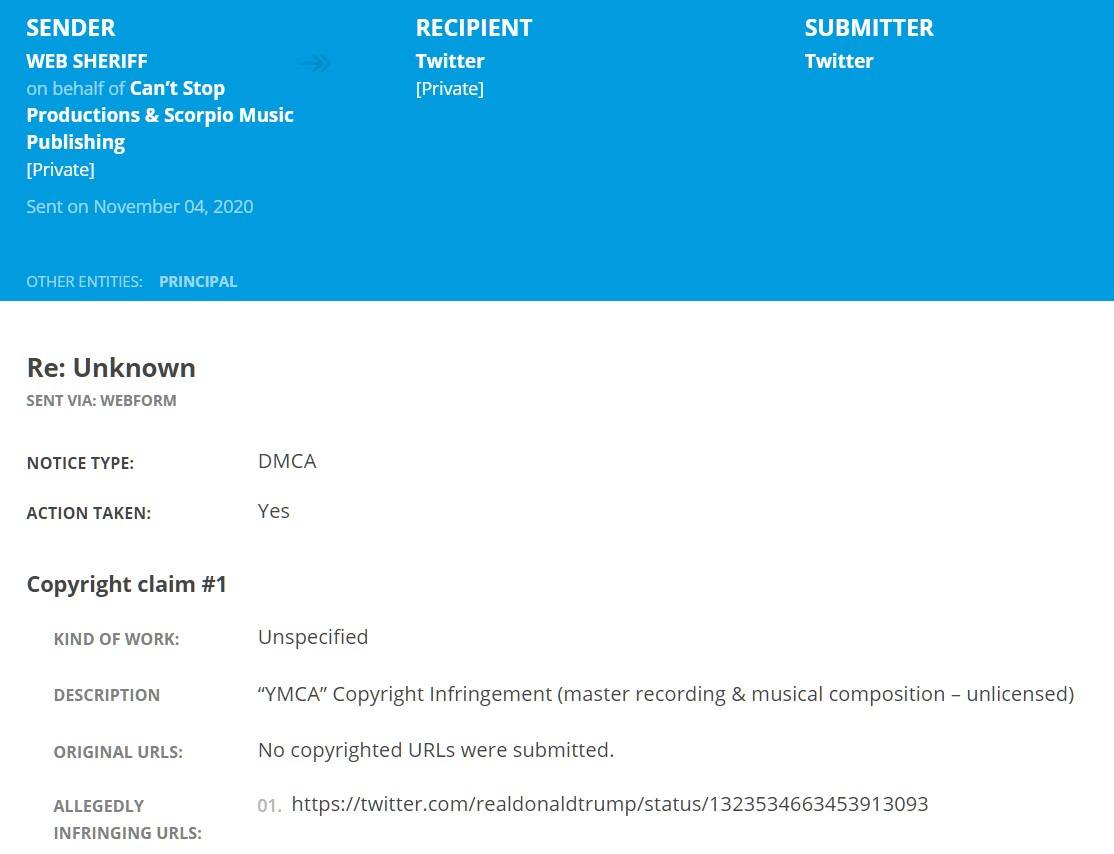 By now, this type of takedown hardly comes as a surprise and, given the legal threats, they might even be expected. That said, it is worth highlighting that this is yet another example of selective copyright enforcement.

Traditionally, DMCA takedown notices are used to stop copyright infringing activity. In this case, however, they’re being used as a tool to distance a song from a controversial person, as the original content remains online.

Both takedown notices only target Trump’s tweet. This is strange because the Trump account didn’t publish it first, it merely shared a message what was posted by SOMETHiNG WiCKËD, which remains online today, including the ‘infringing’ video.

If copyright infringement was the issue here, it would make sense to remove the original tweet as well, not just the one that Trump reposted. But the original video with the YMCA song is still up at the time of writing, with over 45 million views and counting.

Not The First Time

This is not the first time we’ve seen Trump’s tweets being selectively targeted. Previously, The New York Times asked Twitter to remove one of its photos, which had been used as a popular meme for years. This image was tweeted by numerous other people as well, but these were not removed.

The controversial Trump dance video also became a meme by itself, with many people replicating his moves and posting the results on social media. As far as we know, these all remain online too.

It appears that even the Village People are not all in agreement on the issue either. According to TMZ, the group’s founder Victor Willis says that Trump is free to use YMCA. Willis’ company reportedly owns the US copyrights and granted a retroactive nonexclusive license to the Trump campaign.

While it’s understandable that some people don’t want to be associated with certain people or messages, this isn’t how Congress envisioned the DMCA takedown process to be used. That said, the rightsholders likely have a valid claim. They just appear to be a bit selective.