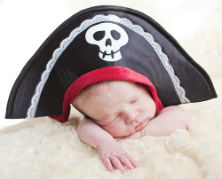 “It is an extremely difficult decision for all of us, more than most can even imagine, but our work reached heights of popularity so high, it became absolutely impossible to continue to fight and to manage a project of such scale,” its operators announced.

While less well-known overseas, WarezTuga was a significant operation. In February it was one of the top 20 most popular sites in all of Portugal, jostling for position with giants including Twitter and Yahoo. Even today, with traffic plummeting due to the shutdown, WarezTuga is still the country’s 25th most trafficked domain. But that success didn’t come easily.

“Four years of struggle, sweat, dedication and sacrifice have now come to an end, but also years of pleasure, satisfaction and pride for what we have achieved together. We leave with a clear conscience, because we have achieved what we always dreamed about: to be an example, a reference, a statue of what can be achieved when the will power is infinite,” its operators said.

“In the end, we are proud to say that today we close wareztuga.tv willingly and we were those who resisted longer, despite all the external pressures.”

Now, however, more details are emerging which make it clear that while the shutdown might ultimately have been voluntary, the site had been under massive pressure from the movie industry both locally and in the United States.

Local anti-piracy group FEVIP (Portuguese Association of Audiovisual Works Defense) has now revealed it was behind the shutdown. Complaints were filed against WarezTuga in May 2014 by FEVIP and now-defunct anti-piracy outfit ACAPOR who were acting on behalf of companies in the United States.

However, there was a problem to overcome. As is becoming increasingly common with similar sites, WarezTuga used U.S.-based Cloudflare, a service which can shield the true location of a site’s servers. But as other sites are discovering, that protection is easily unlocked by filing a complaint with the CDN service.

With the site’s location known, FEVIP headed off to Romania where WarezTuga operated its servers. There a webhost known as Alistar-Security received threats from “representatives of a U.S. copyright group”. Unconfirmed, but almost certainly the MPAA and its affiliates.

What happened next is unclear but whatever it was seems to have seriously spooked the operators of WarezTuga. After operating under pressure since 2011, the operators took the decision to close down the site. FEVIP welcomed the move.

“It was the pirate site most used in Portugal; even if others arise, at least this site has been taken down,” FEVIP chief Paulo Santos told Exame Informática.

The shutdown of the site was bitter-sweet for Nuno Pereira, the former head of now-defunct anti-piracy group ACAPOR. The copyright group became one of WarezTuga’s most aggressive opponents but was shut down after the interests they represented – video rental outlets – became a thing of the past.

“It was the most important pirate site and the one we wanted to close down quickly, but it turned out it took more time to close,” Pereira said.

But while video rentals disappear into the Portuguese sunset, a new dawn of video consumption is appearing on the country’s horizon. After a long wait, Netflix will finally land on local shores in October and not a minute too soon for FEVIP’s Santos.

“Of course it would be desirable that the service had come much earlier, before everyone who uses the Internet modernly have sought alternatives. But it is likely to be a success, something seen immediately by the amount of attention that the Portugal arrival announcement has generated,” Santos says.

But even as Netflix tries to take hold in a market free of WarezTuga, Santos says that the pirate vacuum might be filled sooner rather than later.

“Generally, for every hundred sites that close, there are 60 returning. These are averages that we know in the industry,” the FEVIP chief concludes.